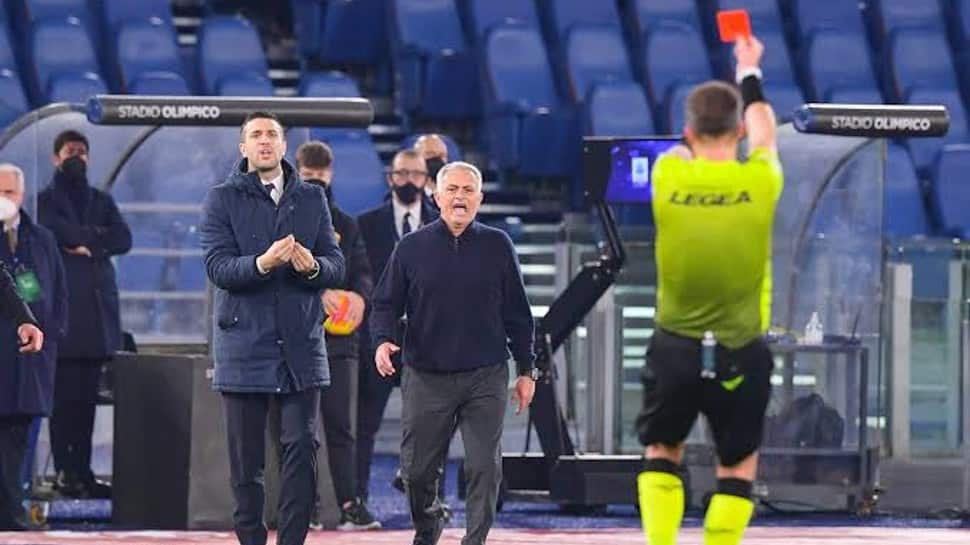 Roma coach Jose Mourinho has been banned for two games as punishment for his outburst during the latest setback when his team drew 2-2 with Verona in the Italian league. Mourinho, who was red carded, encroached onto the field in Saturday’s game to argue with the referee and then kicked the ball into the crowd.

However, this was not the first time Jose Mourinho was sent off because of his attitude this season. In a game against Napoli earlier in the season, Mourinho was booked twice by the officials.

Former Spurs coach according to reports was disrespecting and questioning the official’s call. He shouted “They sent you purpose….Juve sent you”, meaning rivals Juventus sent the refree to make decision against his club Roma.

Jose Mourinho has been sent off for Roma again this season!

The Portuguese coach acted in a “threatening” manner, Serie A said in its disciplinary announcement Tuesday (February 22). The league also fined him 20,000 euros ($22,700). Eighth-place Roma is winless in its last three league games all draws, including one against relegation-threatened Genoa.

The ban means Mourinho won’t be on the touchline for Roma’s games at Spezia on Sunday and at home against Atalanta on March 5.