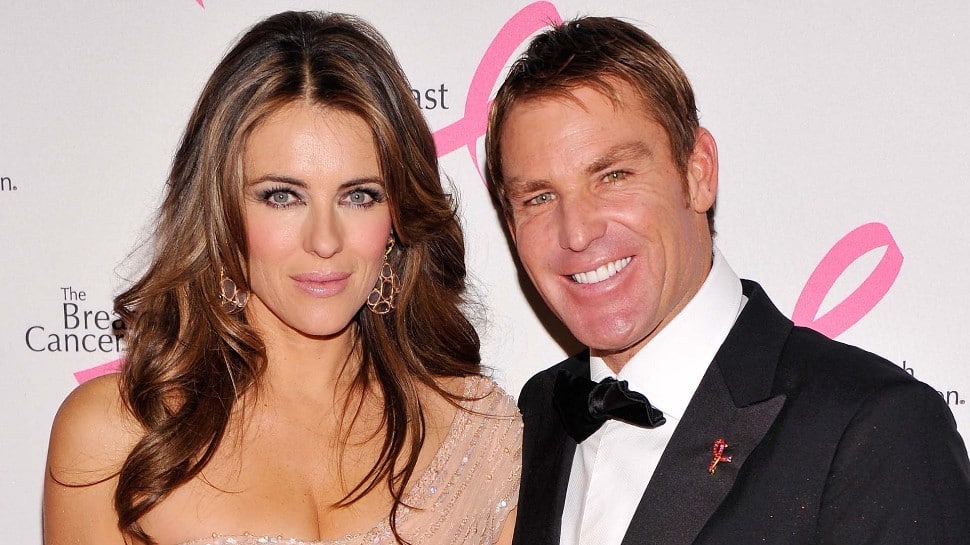 English model and actress Elizabeth Hurley has given a touching farewell to former fiance, legendary Australian cricketer Shane Warne, who passed away following a suspected heart-attack in a Thai island resort on Friday (March 4), saying he was her ‘beloved lionheart’. Hurley and Warne were engaged in September 2011 until they split in December 2013, with their relationship attracting significant media glare.

Hurley, 56, posted several photos of them together on Instagram late on Saturday, saying, “I feel like the sun has gone behind a cloud forever. RIP my beloved Lionheart @shanewarne23.”

Hurley’s son Damian, who was nine when his mother was engaged to the cricketer, also wrote on Instagram that he was heartbroken. “I’m still trying to wrap my head around this… SW (Shane Warne) was a father figure to me for most of my formative years and was truly one the best men I`ve ever known. My heart is broken. Thinking of and sending love to all SW’s family,” wrote Damien and posted a photo of him playing football with Warne.

Several of Warne’s celebrity friends too paid tributes to the legendary cricketer who passed away aged 52. Renowned singer Elton John said he was ‘a magical bowler and such fun’, calling it ‘a tragic day for Australian cricket’ with former Australian wicketkeeper Rod Marsh dying the same day.

Elton John also shared a a photo of himself with Warne and Hurley. “A tragic day for Australian cricket. Two legends passing (Warne and Rod Marsh) is heartbreaking. I knew them both and played cricket with Rod in Perth. A very special and fearless man.

“Shane was a magical bowler and such huge fun. They were both Australians through and through, which made them so endearing. My sympathies to their families and loved ones.”