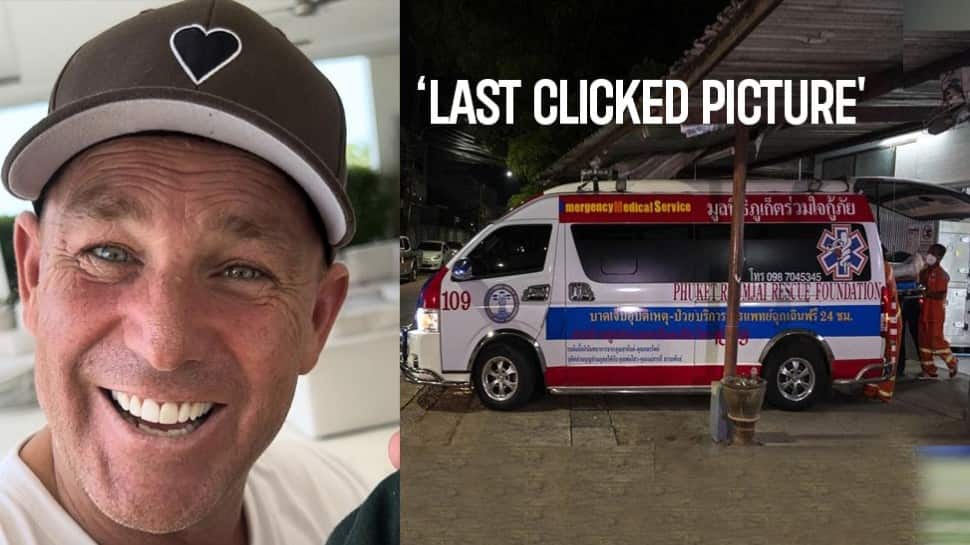 A close friend of legendary cricketer Shane Warne has shared one of the final moments from the late Aussie icon. On Friday, just hours before Warne died, the photo was uploaded on Instagram by his close friend Tom Hall.

Warne had passed away on Friday (March 4) aged 52 due to a suspected heart attack in Thailand.

Notably, Hall was with Warne for the holiday in Thailand and on March 5, he had shared a photo of the leg-spinning wizard on Instagram, thought to be the last photo taken of the cricket legend before his death.

In the pic, Warne can be seen smiling and donning a black cap with a heart logo in the center.

“Anybody that knew Shane knew his warmth, his caring, his incredible sense of humour, his laugh, the twinkle in his eye and that glare from those glowing, unnaturally white teeth,” wrote Hall, CEO of Sporting News, as he paid tribute to his friend and shared the link to his tribute along with the photo.

Hall, meanwhile, also shared details of his getaway with Warne, including the fact that the legendary spinner’s last meal was vegemite on toast.

“I have dined with Shane in many fine establishments, but rather than sample some of the local Thai fare, we tuck into a plate of Vegemite on toast. Shane chomping away: ‘Geez, you can’t beat Vegemite with some butter, always great wherever you are in the world.’ An Australian through and through – this was to turn out to be his last meal,” Hall wrote in his tribute letter.

Meanwhile, Thailand police confirmed on Monday night an autopsy at the Surat Thani Hospital found Warne died of natural causes. The Police ruled out foul play and confirmed details about the chest pains Warne experienced prior to his death.