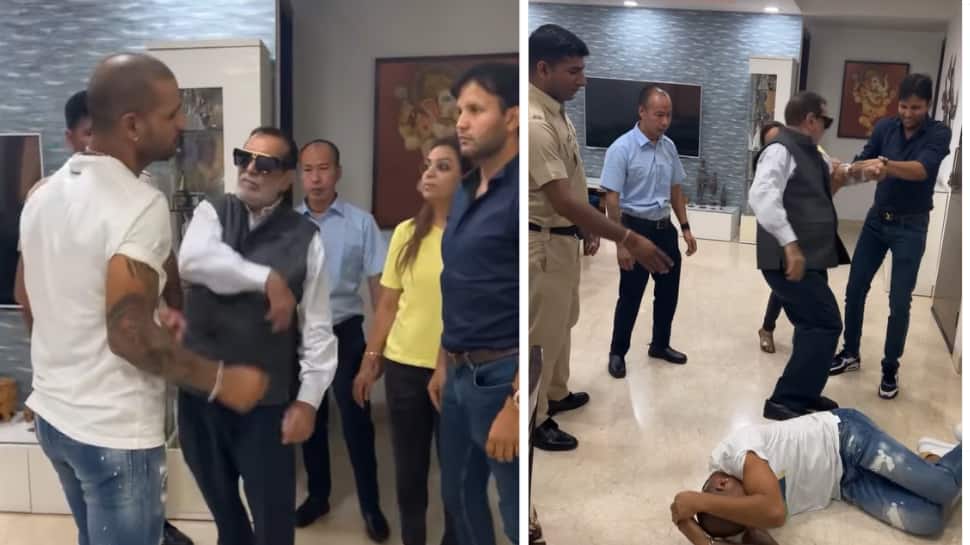 Punjab Kings opener Shikhar Dhawan posted another hilarious video on his Instagram account on Wednesday (May 25). The Delhi-born cricketer, who plays for Punjab Kings in IPL 2022, was seen beaten by his father in the video while family members try to stop him.

Don’t fret already, that was done for fun as Shikhar tried to make his fans laugh. He does this on a routine basis, trying to make funny Reels for his fans and sometimes includes his family as well in the videos.

In this video, Dhawan’s father is mock beating his son. He captioned the post as: “Knock out by my dad for not qualiying for knock outs.”

Check out the video below:

Punjab Kings finished at No 6 in the IPL 2022 Points Table with 7 wins and 7 losses. Had they got one more win, they could have moved into the playoffs but that is in the past now. Mayank Agarwal-led side will have to comeback strongly in IPL 2023 to win their elusive maiden IPL title.

Dhawan was ignored by BCCI selectors despite his good run in IPL 2022. Not to forget, he finished IPL 2022 with 453 runs from 14 games with the best of unbeaten 88. His strike of just over 120 was a little concern for the team, although his runs came at an average of 38.33.

Sources say that Dahwan had been informed by the management’s decision that he will not be picked in the squad for SA series.

“Shikhar has been a great servant of Indian cricket for over a decade. But in T20s, you have to give chances to youngsters who have been doing well. Rahul had to make the tough call and we all agreed. Shikhar was informed by Rahul before the team was announced on Sunday,” a senior BCCI official told InsideSport.IN website.