‘Shikhar Dhawan is someone who..’, Robin Uthappa makes a BIG statement 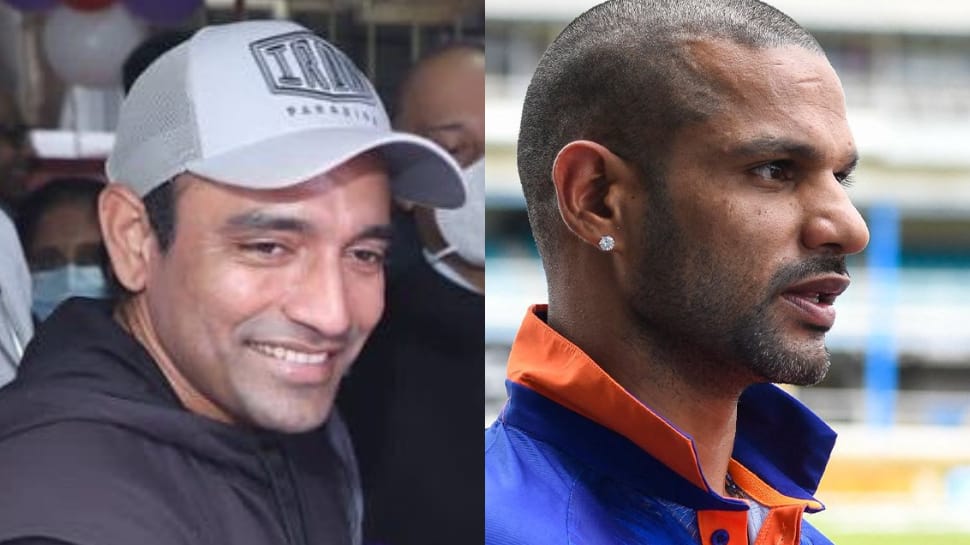 Shikhar Dhawan has been one of India’s consistent performers but more importantly one of India’s greatest servants in cricket. The 36-year-old has a happy-go-lucky attitude and despite several setbacks in his personal life and on the pitch, he remains kicked about what’s coming next. Dhawan does not feature for India in the Test or T20 sides anymore. Not that he did so poor in these two formats for India but it is highly competitive nature in the team that has pushed him out of reckoning.

Speaking on his attitude and how he manages to keep himself happy always, his good friend Robin Uthappa says he is someone who does not take him too seriously. Dhawan was made the T20 captain in Sri Lanka last year. He returned as captain for the ODIs in West Indies this year but now with Rahul fit again, captaincy has been taken back from him. Yet the opening batter remains too far from negativity.

Uthappa, answering a question from Zee News English, during a Zoom group call with Indian journalists in Wednesday, says, “I think when you get to know Shikhar, you understand that he is one of the happy-go-lucky persons. He is someone who takes everything with a pinch of salt. He accepts everything that happens with him, to him. He is someone who owns himself. He is also someone who does not take himself too seriously which is why we see how we see him on social media. He is someone who likes to have a lot of fun. He has been like that since 15 or 16 years old.”

Shikhar Dhawan credits India’s domestic leagues for the seamless transition of youngsters in the team.

Uthappa added that it is tough for Dhawan to make a comeback in the T20 national side for the competition from youngsters is stiff and that even age is not on his side. However, Uthappa does say that Dhawan should have been given a long run with the Test side after his failure in the series vs England in 2018.

“He deserves to be in ODI. I don’t quite remember his performances in 2018 against England but I think the likes of him and Murali Vijay served country well both of them should have got an extended run. In T20s, the youngsters are coming in hard and fast. The likes of Rohit, Rahul at top order, it is hard for him to squeeze in. Shikhar is 36 and selectors have eye on future as well,” said Uthappa.

Dhawan, who has 6493 runs in ODIs, will look score big in the upcoming ODIs vs Zimbabwe that starts on August 18. If he does well, he will have a chance to enter the top 10 best batters rankings in ODIs.