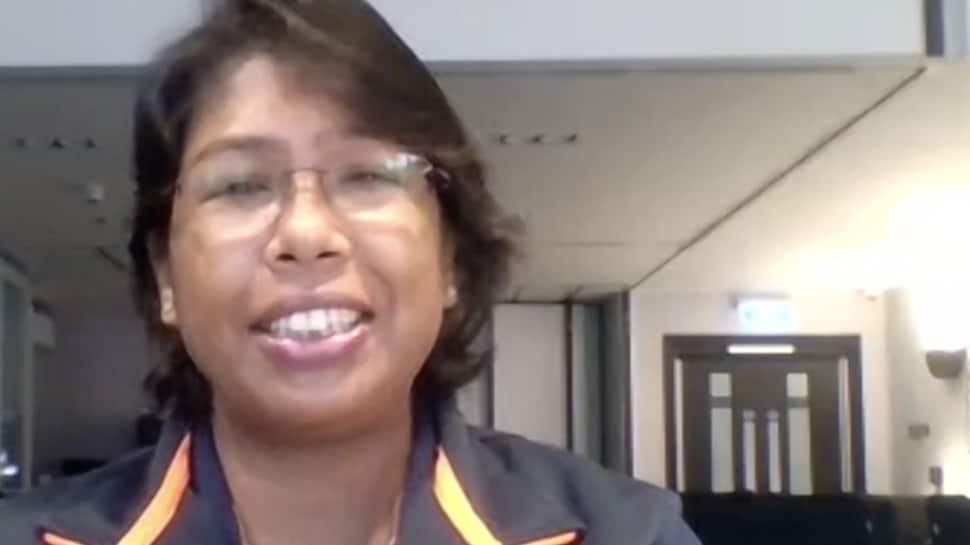 Ace India pacer Jhulan Goswami will bring curtains on her illustrious two-decade long career tomorrow at Lord’s in the 3rd ODI vs Englnd. Goswami retires with more than 350 international wickets. She will finish as the leading wicket taker in women ODIs as well. The veteran pacer attended a press conference ahead of the 3rd ODI and spoke briefly on her career. Speaking about the proudest moment on a cricket field, Jhulan said that wearing the national cricket team jersey and then walking out to sing national anthem is the most proudest moment of her career.

“I am fortunate enough to be able to serve the Indian team for 20 years, able to contribute a little bit from my side, whatever way I was able to with a lot of honesty and dedication….Wearing the India jersey, walking out of the dressing room and singing national anthem at the center… those will always be the proudest moments of my career. Always enjoyed that,” said Jhulan to a group Indian journalists.

The 39-year-old pacer also spoke of the time when she decided to retire from the game. It was after the ODI World Cup was postponed. “To be honest, ever since World Cup got postponed every series I played I thought it could be my last. Lots of injuries, niggles. But once I got injured in CWC22 & couldn’t play Sri Lanka series, this was my last chance,” said Jhulan.

The Cricket Association of Bengal wants to celebrate with you the last international match of legendary cricketer @JhulanG10.#CAB pic.twitter.com/8ZWnsrkg5e
— CABCricket (@CabCricket) September 23, 2022

She has one regret that. Even after playing for India for such a long time and being excellent at her skill, Jhulan regrets not winning a single World Cup.

“Regret will be not winning one of the World Cup finals I played. Would have been nice to win that,” said Jhulan, who later added that playing for India for such a long time was not imagined by a 19-year-old who made her debut king ago.