Sinner battles into quarters, become FIRST after Djokovic to achieve THIS feat 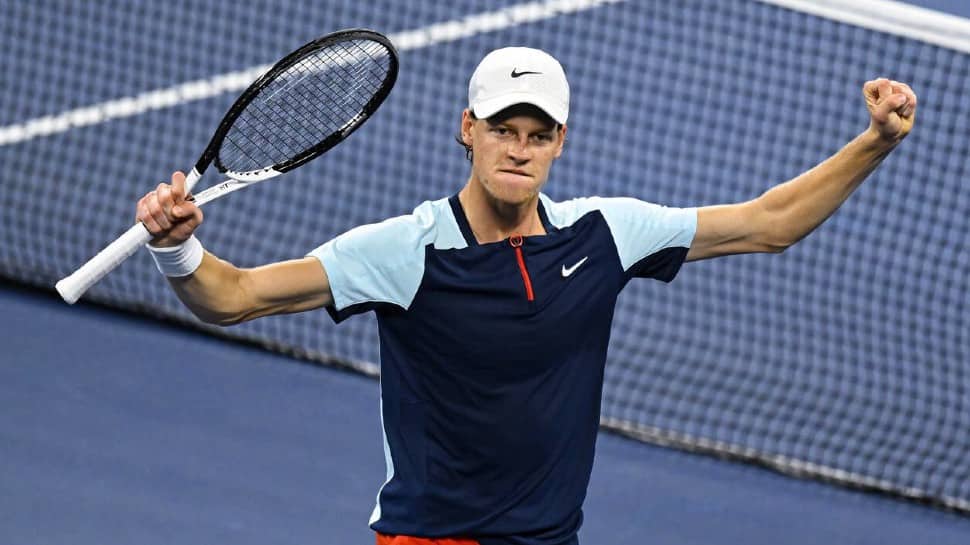 Eleventh-seeded Jannik Sinner held off feisty Ilya Ivashka and won his US Open 2022 match 6-1, 5-7, 6-2, 4-6, 6-3 to clinch a spot in all four Grand Slam quarterfinals this year. Sinner, who turned 21 in August, became the youngest player to reach the quarterfinals of all four Grand Slam events in a season since Novak Djokovic was 20 in 2007. Sinner was down 3-1 in the fifth set but rallied to win five straight games to close out the unseeded Ivashka.

Sinner won 12 break points in the match and dug deep in the fifth, showcasing why the rising Italian is considered as a potential star. Sinner joins Matteo Berrettini as Italian men in the US Open 2022 quarterfinals. Sinner will play the winner of Monday night’s final match between 2014 US Open champion Marin Cilic and No. 3 Carlos Alcaraz.

Sixth-seeded Aryna Sabalenka bounced back from a slow start and visits from the trainer to beat No. 19 seed Danielle Collins 3-6, 6-3, 6-2 and reach the US Open 2022 quarterfinals. Sabalenka advanced to face No. 22 Karolina Pliskova.

Sabalenka continued her mastery at Flushing Meadows over Collins, beating her for the third time at the US Open (2018 and 2021). She led 4-3 in the second set when she needed a medical timeout. Sabalenka had a trainer massage her left thigh and it continued throughout breaks in the match. Sabalenka, an Open semifinalist in 2021, said at her on-court interview she was fine.

Sabalenka at one point complained to the chair umpire about fan noise — and again, there were plenty of them inside Arthur Ashe Stadium. The U.S. Open has attracted a record 549,657 fans since the main draw started last Monday. It’s the highest-ever attendance for the tournament through its first eight days. The previous record was 540,333, set in 2019.

She even changed her racket — which she said was “super loose” — in the midst of the second set. It didn’t bother her too much. She had 38 winners.

Sabalenka, who is from Belarus, was not allowed to play at Wimbledon this year after all players from her country and Russia were banned because of the invasion of Ukraine.

No. 24 seed Karolina Pliskova has moved into the U.S. Open quarterfinals with a 7-5, 6-7 (5), 6-2 win over 26th-seeded Victoria Azarenka. Pliskova, a former world No. 1, was the runner-up at the U.S. Open in 2016 and at Wimbledon in 2021. Pliskova will play the winner of Monday night’s match at Arthur Ashe Stadium between No. 6 seed Aryna Sabalenka and 19th-seeded Danielle Collins.

The women’s field is guaranteed to have a first-time champion. Pliskova has returned to form in Flushing Meadows after a broken right wrist forced her to miss the Australian Open and she struggled in her first few tournaments when she returned to action. Azarenka lost for the fifth time in nine career meetings against Pliskova.