Solar Eclipse 2022: Inauspicious coincidences like Mahabharata period are being made, know what will be the effect on which zodiac sign 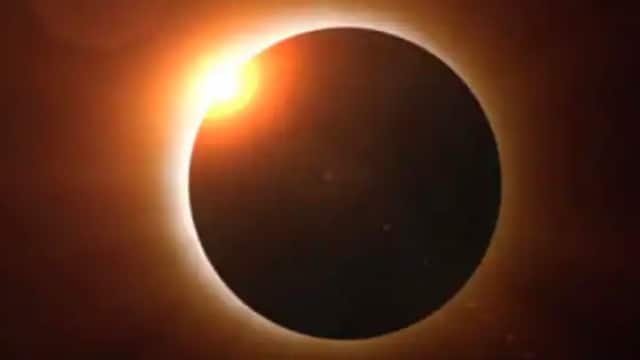 Surya Grahan date time in India : Having two eclipses within a fortnight is not auspicious for the world. Even in the Mahabharata period, there were two solar eclipses in 15 days. At that time there was a great war in which lakhs of people were killed. These things were said by Pt. Shivpujan Chaturvedi. He was presiding over a discussion organized by the Vedic Educational Research Society on Thursday to discuss the effects of celestial phenomena. He said that even at present there is tension everywhere in the world. The world is standing on the brink of world war. Humanity is in dire straits. People in the world are suffering from deprivation, hunger and intense physical-mental stress. Can’t understand any solution. In such a situation, there is no other way but to take refuge in the Vedas, the other source of human knowledge. He said that in the Vedas there are infallible mantras and laws of yajnas to avert great destruction and evil. By adopting them the world can be saved.

The special guest was the former chairman of the Faculty of Sanskrit Vidya and Dharma Vigyan of BHU, Prof. Chandra Pandey called upon the great powers to leave the path of hatred and war and take refuge in the Vedas. Faculty Prof. Ramjivan Mishra said that the scholars of Kashi should try to pacify the disturbances created in nature through yagyas while following Vedic religion.

Surya Grahan Kab Hai: Solar eclipse will take place on this day, all temples will be closed from morning

Now Ukraine will create havoc! When Leopard-2 tanks will enter the war, there will be a stir in the Russian army