Sonia Gandhi said in meeting with Ashok Gehlot – I am clear, also said on Shashi Tharoor 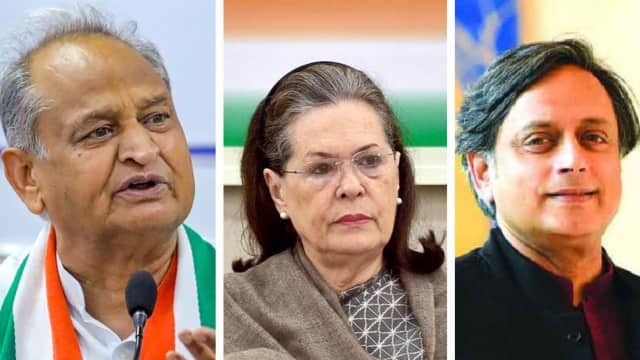 For the election of the President of the Congress Party, the efforts have started on the part of the leaders. So far, the names of three leaders, Rajasthan Chief Minister Ashok Gehlot, MP Shashi Tharoor and former Madhya Pradesh Chief Minister Digvijay Singh have emerged for the election of the President. Amidst all the speculation, on Wednesday, Ashok Gehlot met party interim president Sonia Gandhi at 10 Janpath. Meanwhile, Sonia Gandhi has also made it clear what role she is going to play in the elections.

According to the report of Hindustan Times, during the meeting with Ashok Gehlot, Sonia Gandhi made her stand clear and said that she will not take any side in the upcoming elections for the next president of the party. He is said to have said the same thing to Congress MP Shashi Tharoor when he met him two days back to discuss his candidature for the party president’s post.

Tomorrow India may be involved in the couple’s yatra

However, Ashok Gehlot has thanked the people of Congress for showing faith, love and trust. Gehlot said that he would make one last attempt to persuade the party’s MP and former president Rahul Gandhi to take over the responsibility of the party. After meeting Sonia Gandhi, Ashok Gehlot can fly from Delhi to Mumbai at any time. After this, he will reach Kochi from Mumbai on Thursday morning and is expected to join former party president Rahul Gandhi in the ‘Bharat Jodo Yatra’.

What did Gehlot say after meeting Sonia Gandhi?

Giving a clear indication that Gehlot will contest for the post of Congress President on Wednesday, Gehlot said on Wednesday that he will fulfill whatever responsibility the party high command assigns him. Gehlot said in Delhi that he would go to Kochi to make his last attempt to persuade Rahul Gandhi to take over as party president. He said that he would decide what to do next only after talking to Rahul Gandhi.

Notification will be issued tomorrow

As per the announced schedule for the election of Congress President, the notification will be issued on September 22 and the process of filing nominations will go on from September 24 to 30. The last date for withdrawal of nominations is October 8. In case of more than one candidate, polling will be held on October 17 and results will be declared on October 19.