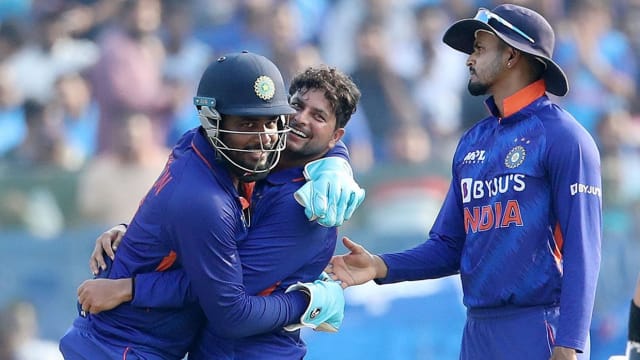 South Africa cricket team’s tour of India ended with a humiliating defeat. After the T20 International series, South Africa’s team also had to face defeat in the One Day International series. In this way the South African team will return to their country empty handed, because the team has lost both the series on this tour. However, one match was won by the Proteas team in the T20I series and one match in the ODI series.

South Africa were bundled out for 99 in the last match of the three-match ODI series played at the Arun Jaitley Stadium in Delhi. India’s team won this match by a margin of 7 wickets and captured the series 2-1. Shubman Gill scored 49 runs for India, while Shreyas Iyer played an unbeaten innings of 28 runs. Kuldeep Yadav was the hero of the team in the bowling, who took 4 wickets.

Talking about this match, Indian team captain Shikhar Dhawan won the toss and elected to bowl against South Africa. In such a situation, batting first, the visiting team South Africa was bundled out after scoring 99 runs in 27.1 overs. Kuldeep Yadav took 4 wickets for India, while Mohammad Siraj, Washington Sundar and Shahbaz Ahmed got 2 wickets each. Heinrich Klaasen scored 34 runs for South Africa.

T20I series was lost for the first time

You will be surprised to know that South Africa team has lost the T20I series on Indian soil for the first time. The number of times South Africa played T20 series against India in India so far, most of the series were won by the team, while the results of some series were equal. However, in 2022, under the captaincy of Rohit Sharma, Team India did wonders and defeated South Africa.