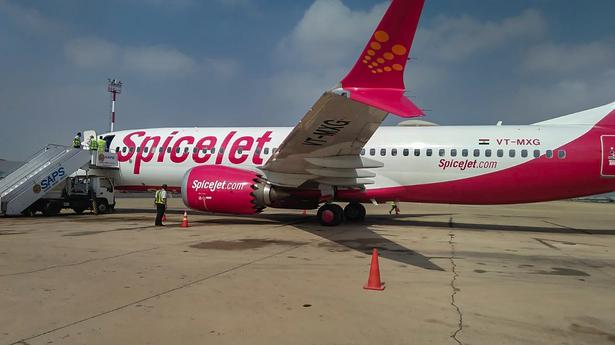 Notice says airline snags due to poor maintenance, and failure to pay vendors for spare parts

Notice says airline snags due to poor maintenance, and failure to pay vendors for spare parts

The Directorate General of Civil Aviation on Wednesday served a show cause notice to SpiceJet for its failure to offer “safe, efficient and reliable” air services. The regulator has also warned the airline that its permit to operate commercial flights in the country is valid only for one more year.

The DGCA has given the accountable manager of SpiceJet, i.e. its chairman and managing director Ajay Singh, three weeks to respond to why action should not be taken against the airline.

The notice comes a day after the airline faced at least three incidents, which included a diversion of a Delhi-Dubai flight to Karachi due to a fuel indicator malfunction, a cracked windshield on a Kandla-Mumbai flight, and a snag in the weather radar on its cargo aircraft flying from Kolkata to Chongqing forcing a turnback. The snags on Tuesday take the total incidents involving SpiceJet to 8 since May 1.

“Whereas the reported incidents on aircraft operated by M/s SpiceJet Ltd. from 1st April 2022 till date have been renewed and it has been observed that at number of occasions the aircraft either turned back to its originating station or continued landing to the destination with degraded safety margins,” says the notice from Director Air Safety at DGCA, Sanit Kumar.

Civil Aviation Minister Jyotiraditya Scindia in a tweet said passenger safety was paramount and “even the smallest error hindering safety will be thoroughly investigated & course-corrected”.

The DGCA blamed the safety lapses on poor internal safety oversight at SpiceJet, failure to undertake maintenance of its planes as well as the poor financial status.

“Whereas, financial assessment carried outby DGCA in September, 2021 has also revealed that airline is operating on cash and carry and suppliers/ approved vendors are not being paid on regular basis leading to shortage of spares and frequent invoking of MELs [minimum equipment list].”

An MEL is a document an airline seeks from a regulator to seek relief when all equipments on an aircraft are not operative. It spells out which pieces of equipment may be allowed to be inoperable along with any procedures that are required for an aircraft to operate under specific conditions while maintaining airworthiness.

The regulator has also said that it has authorised SpiceJet to perform commercial operations upto May 16, 2023 — an implicit warning that its permit could be revoked.