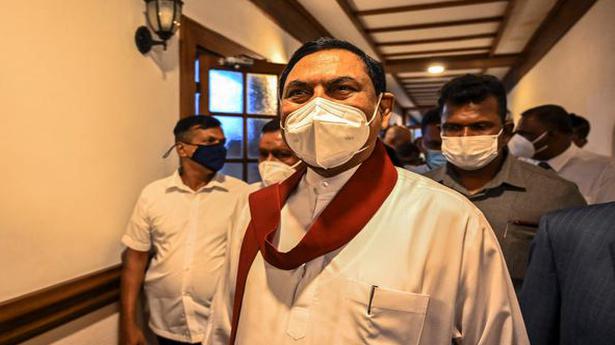 “EAM @DrSJaishankar and Hon’ble Finance Minister @RealBRajapaksa had a productive and cordial telephone conversation a while ago. EAM assured that #India will continue to support #SriLanka in all possible ways. They agreed to finalise a mutually convenient date in the second half of this month for the visit of Hon’ble @RealBRajapaksa to #India,” the Indian High Commission said in a tweet on Monday night.

From January, India has extended support totalling over $1.4 billion to Sri Lanka, by way of a $400–million currency swap, a $500–million loan deferment, and a $500–million Line of Credit for fuel imports.

A further $1 billion assistance under negotiations is being “fast–tracked” and in its “final stages” before likely confirmation during the Minister’s visit, diplomatic sources told The Hindu.

This would be Mr. Rajapaksa’s second visit amid Sri Lanka’s unprecedented economic crisis, marked by a fuel and food shortages, and long power cuts across the country. He was in India early in December, when the two countries agreed on a four–pronged plan that included emergency lines of credit and a currency swap to boost Sri Lanka’s fast–draining foreign reserves.

For months now, Sri Lanka has been cash–strapped, with insufficient dollars to pay for the import of even essential goods. Despite broad import restrictions imposed by the government to save dollars, the island nation is struggling to cope, and the Rajapaksa government is exploring different avenues for urgent assistance.

Late on Monday, Sri Lanka’s Central Bank devalued the rupee by 15%, setting an exchange rate limit of LKR 230 against the dollar, increasing it from 200-203 that prevailed since October 2021.

Colombo awaits an official word on a possible visit by Prime Minister Narendra Modi and Mr. Jaishankar for the BIMSTEC summit in Colombo hosted by Sri Lanka.