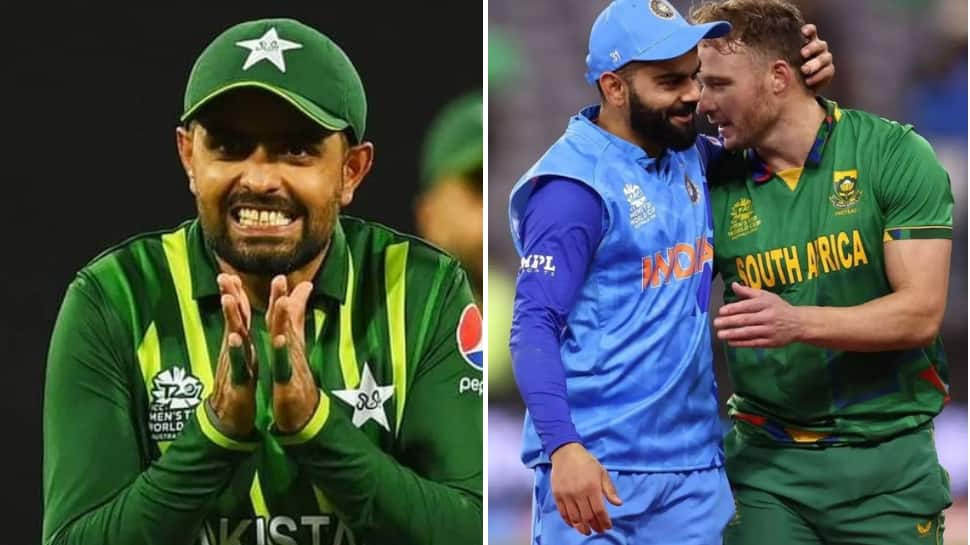 Babar Azam’s Pakistan defeated South Africa in their second-last clash of the group stage of T20 World Cup 2022 on Thursday (November 3) by 33 runs via DLS method to keep their hopes alive in the tournament. Now the situation for them is tricky as they would hope either India or South Africa lose their remaining fixtures and along with that they need to win their own clash against Bangladesh as well. The win against South Africa was a combined effort of Mohammad Haris, Iftikhar Ahmed, and Shadab Khan with the bat that saw them post a mammoth 185 for 9 in 20 overs. Later, their bowlers, led by Shaheen Shah Afridi, stepped up and ensured that despite the rain, Pakistan had the match in their hand.

With Pakistan’s win over South Africa, the Group 2 teams will have to wait until the last day of the Super 12 fixtures just like Group 1. Team India are on 6 points and must win their last match against Zimbabwe. Whereas, South Africa have five points with one match to go against the Netherlands. Pakistan have 4 points with 1 match to go against Bangladesh. However, if India and South Africa both win their remaining fixtures, a win for Pakistan against Bangladesh will also not do the job.

Team India need to win their remaining fixture against Zimbabwe. There is possibility of rain on Sunday. But even if it rains and the game is washed out, it will work for India. Rohit Sharma’s side will still qualify for semifinals. Why? Pakistan can only get to 6 points if they beat Bangladesh. India are already on 6 points and a 1 point from washed out match will take them through to semis. But that is only when the match is totally washed out. If rain falls midway through the match, then DLS method will be applied.

How can Pakistan qualify for semi-finals?

India and South Africa must lose their matches against Zimbabwe and Netherlands, respectively plus the Men in Green need to beat Bangladesh as well. Also, if South Africa’s match against Netherlands is washed out due to rain, Pakistan will qualify with a win over Bangladesh as they will have more wins than the Proteas. Before net run-rate, the wins also matter in order to qualify.

How can South Africa qualify for semi-finals?