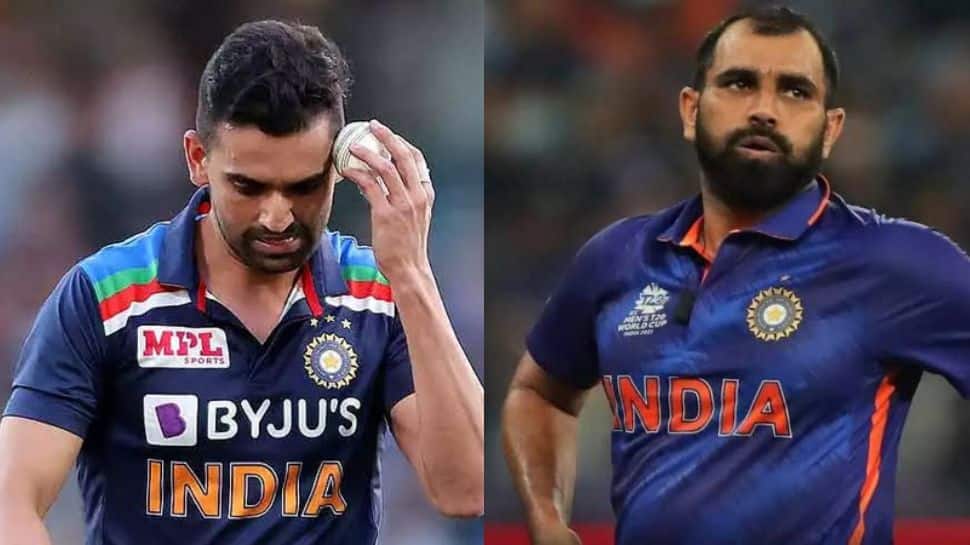 Fast bowlers Mohammed Siraj, Mohammed Shami and Shardul Thakur will join the Indian contingent in Australia soon even as Deepak Chahar has been ruled out of the upcoming T20 World Cup 2022 due to a back injury. Chahar, who was among the stand-by players, was expected to make the main squad in the absence of Jasprit Bumrah but it is understood that his back injury will take time to heal.

“Deepak will take some time to get fit. His back issue has flared up again. His ankle is fine and there wasn’t any problem there. So BCCI is sending three reinforcements. Mohammed Shami, Mohammed Siraj and Shardul Thakur,” a BCCI official told PTI on conditions of anonymity.

_ SIRAJ SUPREMACY! The pacer was on a whole new level with his pace bowling today.

_ He bagged the wickets of Malan & Hendricks!

Chahar had competed in the T20 series against South Africa but developed a back issue and was forced to skip the ODI series. He reported to National Cricket Academy (NCA) for rehabilitation. It is understood that since the team has time till October 15 to announce Jasprit Bumrah’s replacement, the team management has time to check out form and fitness of all three pacers.

Their timely arrival in Australia will also give them time enough to acclimatisation to the conditions Down Under. In case their services are required, they will ready for the contest. Shami with his artistry and experience leads the race but Siraj was excellent in the recently-concluded ODI series against South Africa, where he emerged Player of the Series. Siraj took five wickets, including three in the Ranchi ODI, in three games.

Shardul with his all round abilities will provide cover to Hardik Pandya but most likely he will be in stand-by list. Ravi Bishnoi and Shreyas Iyer are unlikely to travel for the time being and will only join the team in case the team asks for a batter’s reinforcement.

Bishnoi will travel in case there is any injury to Yuzvendra Chahal.