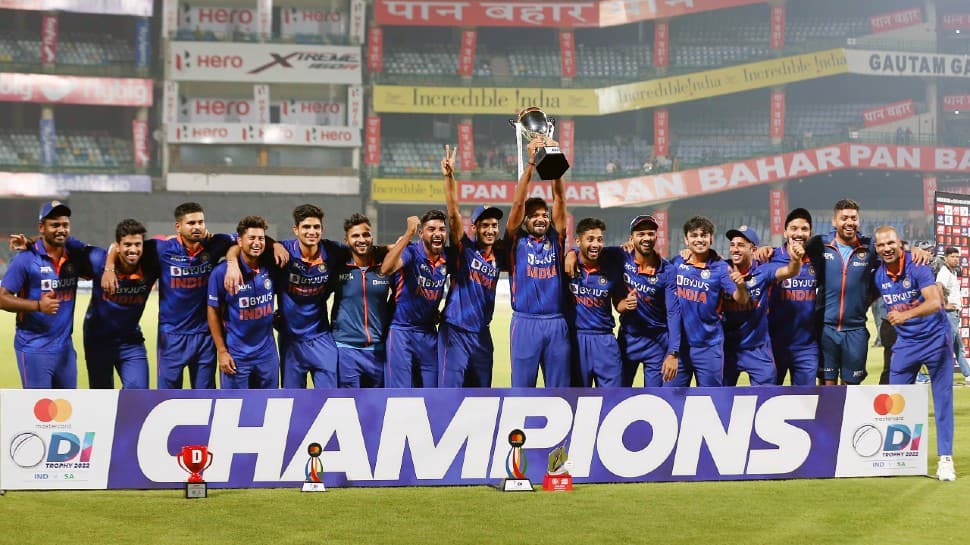 Rohit Sharma-led Team India will open their ICC men’s T20 World Cup 2022 against arch-rivals Pakistan at the Melbourne Cricket Ground (MCG) on October 23. A win over Babar Azam’s side will help the India cricket team create a new world record for most wins in international cricket in a year.

Team India equalled the record of most wins in a calendar year, winning 38 matches in 2022 so far. However, India can create a new world record at the T20 World Cup 2022. On Tuesday (October 11), Shikhar Dhawan-led India thrashed South Africa by 7 wickets equalling Steve Waugh’s Australian side, who won 38 matches in 2003.

Although India started the year with five consecutive losses to South Africa, under Rohit Sharma’s captaincy, India went on a record run. India have won 2 Tests, 12 ODIs and 24 T20Is since January 2022. As for Australia, Steve Waugh’s juggernaut went on to win 30 out of 38 ODIs including 2003 World Cup and 8 Tests.

India skipper Shikhar Dhawan was pleased with the superb show by his bowlers in the comprehensive seven-wicket victory over South Africa in the ODI series decider at the at the Arun Jaitley Stadium in New Delhi on Tuesday. Dhawan’s decision to bowl first on a pitch with moisture after 30 minutes of delay caused by wet outfield was justified by Kuldeep Yadav (4/18), Shahbaz Ahmed (2/32) and Washington Sundar (2/15) spinning a vicious web to bowl out South Africa for just 99 in 27.1 overs.

“I am proud of the boys, the way they played. We showed a lot of character in the first game, we dropped a few catches, but we never really put pressure on ourselves. We tried to stick to the process. I am enjoying the journey, I`ll try to keep performing well for my team. The boys showed great character on such tough batting pitches. The bowlers were clinical today,” said Dhawan in the post-match presentation ceremony.