T20 World Cup 2022: ‘Thrashed them in their own backyard’, Fans go crazy as New Zealand STUN Australia by 89 runs 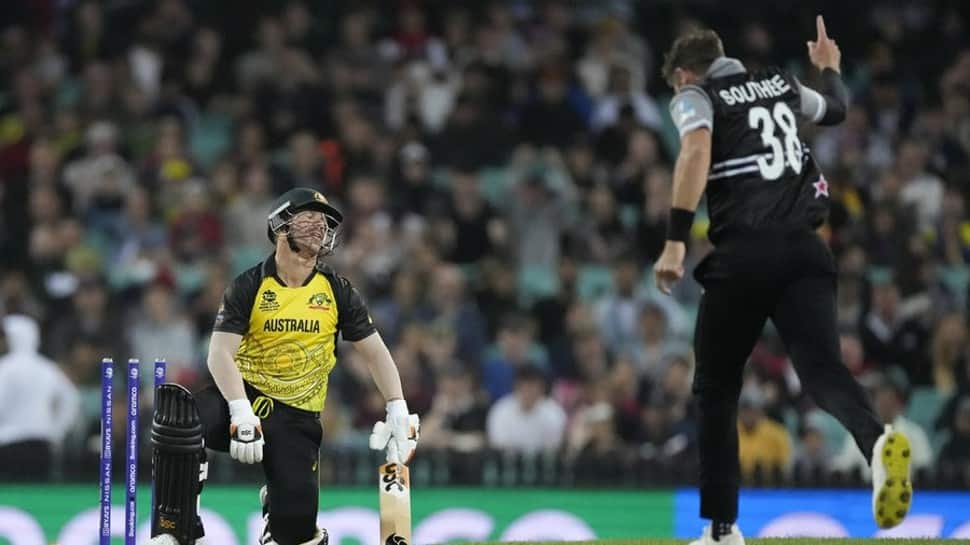 Kane William-led New Zealand began their T20 World Cup 2022 campaign in emphatic fashion, thrashing defending champions Australia by 89 runs on Saturday (October 22). Devon Conway smashed an unbeaten 92 off 58 balls to power New Zealand to a stiff 200 for three. The Kiwis then put up a disciplined bowing performance and were outstanding in the field as they bowled out the hosts, who struggled to get a partnership going, for 111 in 17.1 overs.

Tim Southee (3/6) and Mitchell Santner (3/31) picked three wickets each. Put in to bat, Conway and Finn Allen (42 off 16 balls) gave NZ a rollicking start with the duo adding 56 off 25 balls. The left-handed opener then shared 69 runs with skipper Kane Williamson (23 off 23). Glenn Phillips (12) and James Neesham (26 not out) also chipped in with useful contributions. For Australia, Josh Hazlewood (2/41) and Adam Zampa (1/39) were among wickets.

After the defending champions were thrashed at their own backyard, netizens could not keep calm as the social media went crazy after New Zealand’s emphatic victory. Checkout the reactions below…

#Australia‘s dream for the semis are shattered badly by the kiwis. Come on #England kick the Aussies out of the tournament in their own backyard. #AUSvsNZ pic.twitter.com/vBqeDQu1E0
— Maaz Mubeen  (@MaazMubeen1) October 22, 2022

Glenn Phillips did not bowl. Batted for just 10 balls. But he still made headlines courtesy his brilliant catch in the first Super 12 match of ICC T20 World Cup 2022. He dived big in the deep to get rid of dangerous Marcus Stoinis. That was a catch to remember for a long time and is already being hailed as the ‘Catch of the Tournament’. New Zealand dominated the match right from the start and Phillips catching was one of the biggest highlights. It came in the 9th over of the innings bowled by Mitchell Santner. (Watch VIDEO HERE)