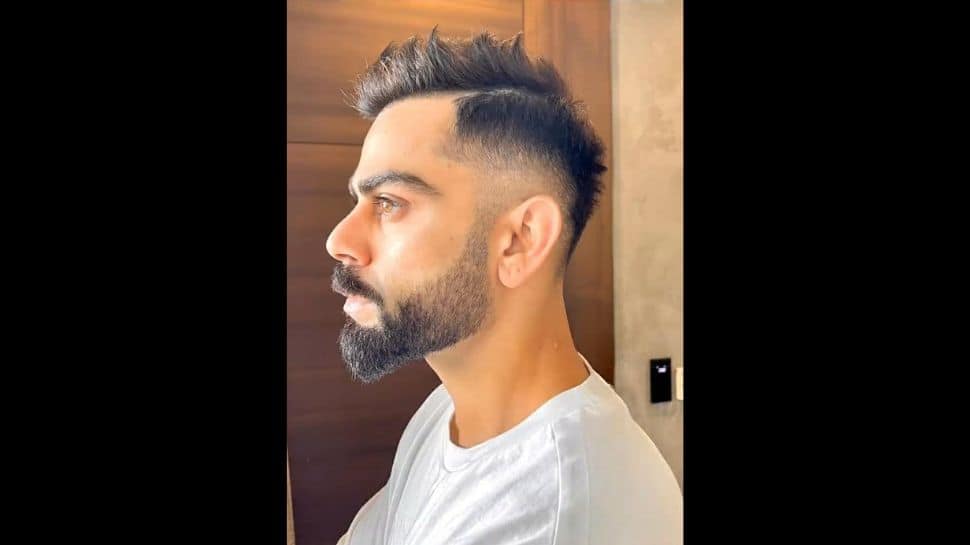 Former India captain Virat Kohli is getting ready to lead his country’s charge in the ICC men’s T20 World Cup 2022 which starts in Australia later this week. Kohli and Team India are aiming to win back the title which they won for the first time 15 years back under the leadership of MS Dhoni in 2007. Ahead of the big tournament, Kohli has decided to experiment with his looks.

The former India and Royal Challengers Bangalore skipper has once again grabbed attention with his new hairstyle. Several images of Kohli’s new look have surfaced online. Originally, the pictures were shared by Kohli himeslf on his Instragram post and story. “Thanks for the haircut bro @jordantabakman”, Kohli wrote.

Reacting to the post, famous hair stylist Aalim Hakim commented, ‘fab’. “He is looking so hot,” a fan commented.

Kohli is currently in the second spot for most runs scored in T20 internationals overall by batters with 3712 runs in 109 games. Despite making his debut only in 2010, Kohli has been far more consistent than most batters in the world, and he has slowly crept up to the second position now.

Only the current Indian skipper, Rohit Sharma is above him in the race with 3737 runs in 142 matches. With the difference of just 25 runs between the two batters, Kohli will have the chance to move to the top of the list in the upcoming T20 World Cup 2022.

The ICC T20 World Cup 2022 in Australia will start from October 16 and India will play their first match against Pakistan at the Melbourne Cricket Ground (MCG) on October 23.