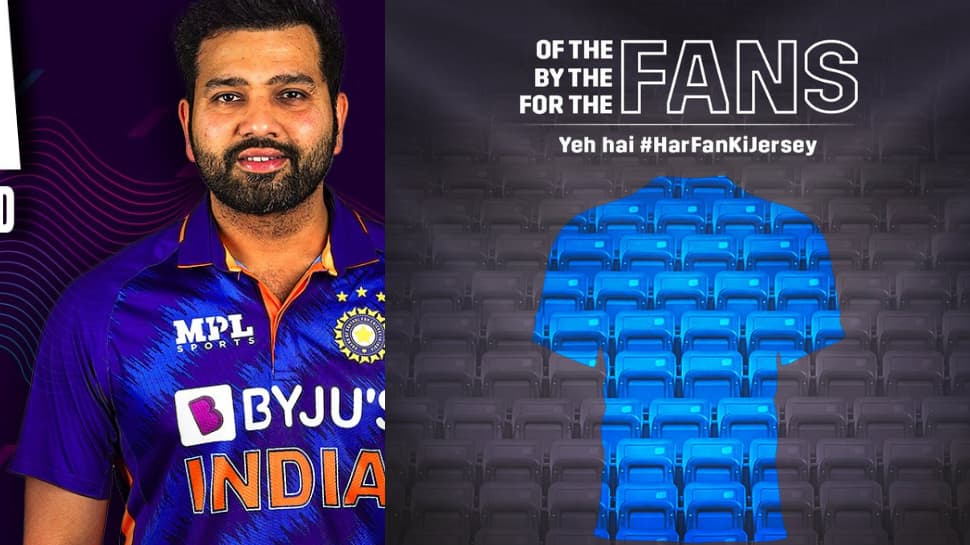 After announcing Team India’s T20 World Cup 2022 squad a day ago, BCCI shared another video to inform the fans that Rohit Sharma’s men will play in a brand new jersey in the multi-nation cricket tournament in Australia. A new jersey was announced last year too ahead of the T20 World Cup. This year too, Indian players will be donning a new jersey. Since the news came out, the fans are curious to know how the new jersey will look like. Meanwhile BCCI and official kit partner MPL Sports have already started taking orders for the new jersey.

India are playing Australia in a T20I series from September 20. The first match takes place in Mohali, Punjab. However, some members of Team India are expected to be present in Mumbai on September 18 as the new jersey will be launched in Mumbai on that day.

As per a press release by MPL Sports, Team India’s new jersey will be launched at or after 8 pm in an event that is being held at Bandstand Promenade in Mumbai.

India have a tough challenge before World Cup

India could not defend the Asia Cup title this year. They lost 2 key games in Super 4 stage and that led to them being knocked out of the tournament. In words of Virat Kohli and Rohit, India got a good understanding of how they are going to deal with such crunch situations at the World Cup. Kohli had said that India got those pressure points and difficult situations in a multi-nation tournament and that has been the biggest takeaway for Men In Blue.

The upcoming T20Is vs Australia and South Africa will act as another round of practice for Team India, where they are expected to play their full-strength XI.