Teleperformance to hire 20,000 people in India in 18 months 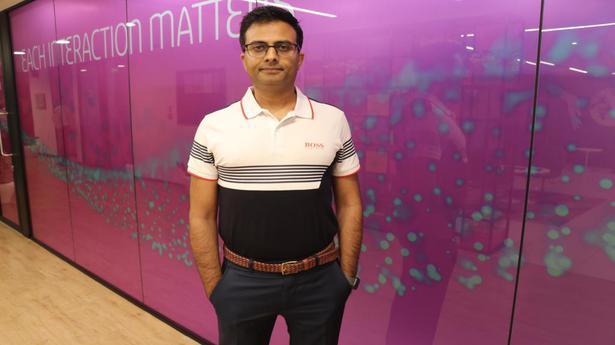 Will recruit more people from non metros, to promote women to leadership roles, to focus on diversity

Will recruit more people from non metros, to promote women to leadership roles, to focus on diversity

Teleperformance, a global leader in omnichannel customer experience serving a large number of Fortune 1,000 companies, has announced plans to hire 20,000 people in India within the next 18 months to expand its base.

The company, which currently employs 80,000 people from 70 cities in India, would hire a large chunk of people from tier 3 cities where they can work from home or work from anywhere. It would also focus on hiring people from the LGBTQ community and would promote more women to leadership roles, its new India CEO said.

The company recently appointed Anish Mukker as its new CEO for India who would focus on high-growth revenue strategies and further increase the company’s nationwide footprint to serve clients and their end customers from a location of their choice.

“The new net job addition in India works out to be an increase of 25%. We want to create more jobs in India and empower people including women and the disable,” said Mr Mukker in an interview.

“Access to woman talent is easier if you allow them to work from home. Currently 40% of our employees are women and if women are promoted it will have multifarious effects,” he said.

Mr Mukkar who has joined the company from Amazon will be responsible for the expansion and bag new business from international and domestic clients across retail, financial services, healthcare and technology verticals.

While the company will have sizeable presence in brick & mortar space by adding new offices, it would encourage more people to work from home which it called Cloud Campus. Currently 40% of its employees in India work from home and this number would go up to 50% in due course.

Teleperformance is investing in business expansion and recruitment with recently set up sites in Gurgaon and Hyderabad. In addition, an Olympic-themed Mohali site and DLF Downtown Gurgaon site are soon to be opened.

As the CEO of Teleperformace India, Mr Mukker believes that India’s advantage to the global economy has moved beyond language skills and labour arbitrage. India provides access to vast pools of talent across customer experience, analytics and technology, which are now indispensable to the world’s leading industries, he said.

“With our Cloud Campus model, which enables individuals to work from anywhere with cutting edge security, access to our wide reach across Fortune 1000 companies, India will play a strategic role in the growth of Teleperformance globally. To support this expansion Teleperformance in India expects to be 100,000 people-strong in the next year and a half,” Mr Mukker said.

“My prime focus will be to make Teleperformance India the powerhouse of deep expertise and leverage the intellectual capital of Teleperformance global, to rapidly expand the reach of our services to international clients,” he said.