THIS pacer should have been in Team India’s squad for T20 World Cup: Former coach 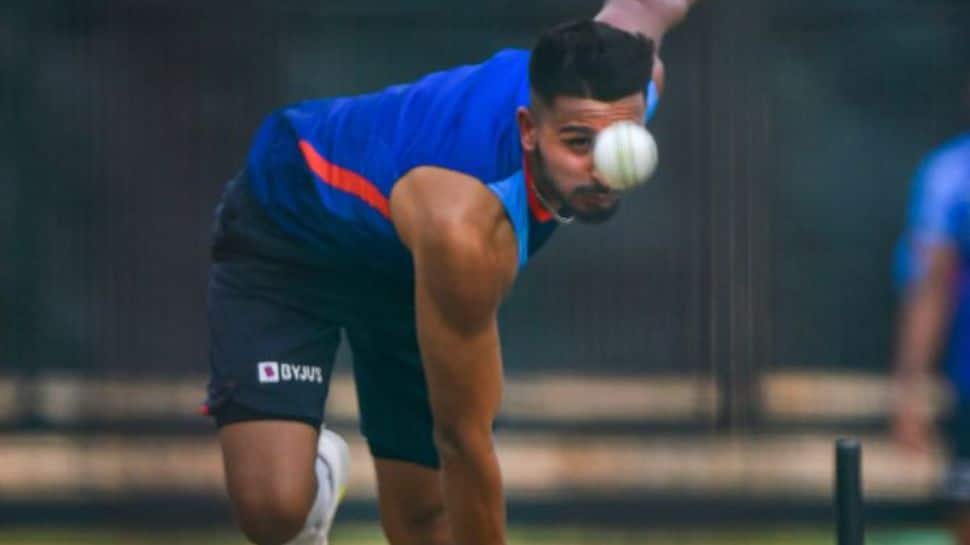 Former India bowling coach Bharat Arun believes that young tearaway pacer Umran Malik could have been a great fill-up for the team ahead of the start of T20 World Cup in Australia and should have been included in the squad instead of a spinner. Malik, the Jammu-based pacer, who made heads turn by clocking speeds above 150kmph consistently in IPL 2021 and then in the 2022 season, made his debut for India in T20Is through away series against Ireland and has played three matches till now.

After this, he featured in India ‘A’ squads for four-day as well as one-day series against New Zealand ‘A’ and also played for the Rest of India side in the recent Irani Cup match against Saurashtra. In his first full season of playing in the IPL, Malik was in top form for Sunrisers Hyderabad, picking 22 wickets from 14 matches at an average of 20.18 and economy rate of 9.03. He picked one four-wicket haul and five-wicket haul respectively while playing an instrumental role in picking wickets for his franchise in the middle-overs phase. He was also named as the emerging player of the season at the end of the competition.

Umran Malik can become great bowler, if he can improve his line and swing pic.twitter.com/sd5j3femB5
— Cric (@CricLavdeep4518) October 10, 2022

“Umran Malik is exciting, he’s got the pace. And given the right kind of fields he’s done pretty well in the IPL. Considering the wickets in Australia I feel India have carried far too many spinners. Somebody like a Umran Malik would have been a great fill-up for the team,” said Arun on Wednesdays with WV (Raman) show on Sportstar.

In their T20 World Cup, India have picked a variety of spinners in off-spin of Ravichandran Ashwin, leg-spin of Yuzvendra Chahal and all-rounder Axar Patel as a left-arm spin option. Apart from the trio, batting all-rounder Deepak Hooda is capable of giving a few overs of off-spin too.

“Yes there is bounce, the grounds are big and spinners have a very important role in Australia but I think three spinners are too many. Because at any given point you would be playing just one spinner in the team and you have the choice of two spinners in the side. Three spinners is too many. That’s why I said Umran Malik instead of one spinner would have been a very, very wise move,” added Arun.

With no Jasprit Bumrah due to back injury, India have called up Mohammed Shami, who has been named as a travelling reserve apart from fast bowling options in Mohammed Siraj and Shardul Thakur, with Malik and Kuldeep Sen unable to travel to Australia as net bowlers due to visa delay.

After playing two practice matches in Perth against Western Australia XI, India will now move towards Brisbane where they will play two warm-up matches against defending champions Australia on October 17 and last year’s runners-up New Zealand on October 19.

India, the inaugural Men’s T20 World Cup winners in 2007, are in Group 2 of Super 12 stage at T20 World Cup, alongside Pakistan, Bangladesh, South Africa and two qualifying sides from the first round of the tournament.

They will open their T20 World Cup campaign against arch-rivals Pakistan on October 23 at the Melbourne Cricket Ground (MCG), followed by matches on October 27 (against first qualifier side at SCG), October 30 (against South Africa at Perth Stadium), November 2 (against Bangladesh at Adelaide Oval) and November 6 (against second qualifier side at MCG).