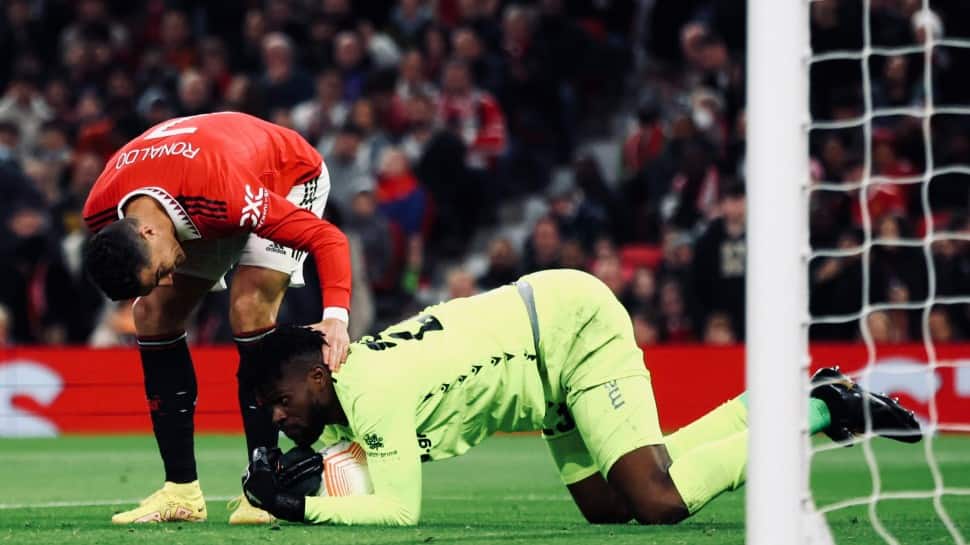 Scott McTominay scored deep into stoppage time to give Manchester United a 1-0 victory over Omonoia Nicosia in the Europa League on Thursday (October 13). McTominay received a pass from fellow substitute Jadon Sancho and fired the winner past Nigeria international goalkeeper Francis Uzoho at Old Trafford.

Uzoho made some great saves for the Cypriot club, denying Cristiano Ronaldo, Marcus Rashford and others. Casemiro hit the crossbar in the first half. Ronaldo made a rare start for United as he is pressing his case to get more minutes in the Premier League after scoring the winner against Everton on Sunday for his first open-play goal of the season.

The Portugal forward has been marginalized since the hiring of manager Erik ten Hag, who seems to want more mobility and pressing from his strikers, meaning Ronaldo has mostly been used in Europe so far this season.

Sticking by us until the very last kick — the United way

Despite dominating, United failed to find the back of the net until McTominay struck to ensure the victory a week after they had to come from behind to beat Omonia 2-1. United improve to nine points, three behind leaders Real Sociedad who blanked 10-man Sheriff 3-0. Armel Zohouri was sent off in the 25th minute to his the second yellow card.

Bukayo Saka scored and Arsenal beat Bodø/Glimt 1-0 in Norway to stay perfect with its third straight Europa League victory. Saka was fed by Sambi Lokonga to net the decider for the Premier League leaders in the 24th minute.

Arsenal is atop Group A with nine points from three games — with a match against PSV Eindhoven postponed after the death of Queen Elizabeth II. PSV was second after routing Zurich 5-0.

Freiburg made it four wins from four by routing Nantes 4-0 away to also stay perfect and cement the top spot in Group G with 12 points. Lukas Kübler, Wooyeong Jeong and substitute Michael Gregoritsch had a goal each for the Bundesliga club with Moses Simon adding an own goal.

Qarabağ trails Freiburg by five points in second after it was held 0-0 by Olympiacos, which earned the first point. Nantes remains on three. Real Betis failed to stay perfect in Group C after it was held 1-1 at home by Roma. Andrea Belotti salvaged a point for Jose Mourinho’s team with a second-half equalizer after a deflected shot by Sergio Canales gave the hosts a first-half lead. The Spanish team dominates the group with 10 points. Roma is on four. Ludogorets beat HJK 2-0 to stay second on seven.

European competition newcomer Union St. Gilloise of Belgium drew 3-3 at home with Braga. Vitor Oliveira’s hat trick put Braga ahead 3-1 but the hosts came back with Victor Boniface’s second goal and another one from Dante Vanzeir. Union stays atop Group D with 10 points. In a tightly contested Group F, Feyenoord was held 2-2 by Midtjylland while 10-man Lazio drew 2-2 with Sturm. All four teams are on five points.

Ciro Immobile converted a penalty in the final minute of the first half for Lazio before teammate Manuel Lazzari received the second yellow and was sent off still in stoppage time.