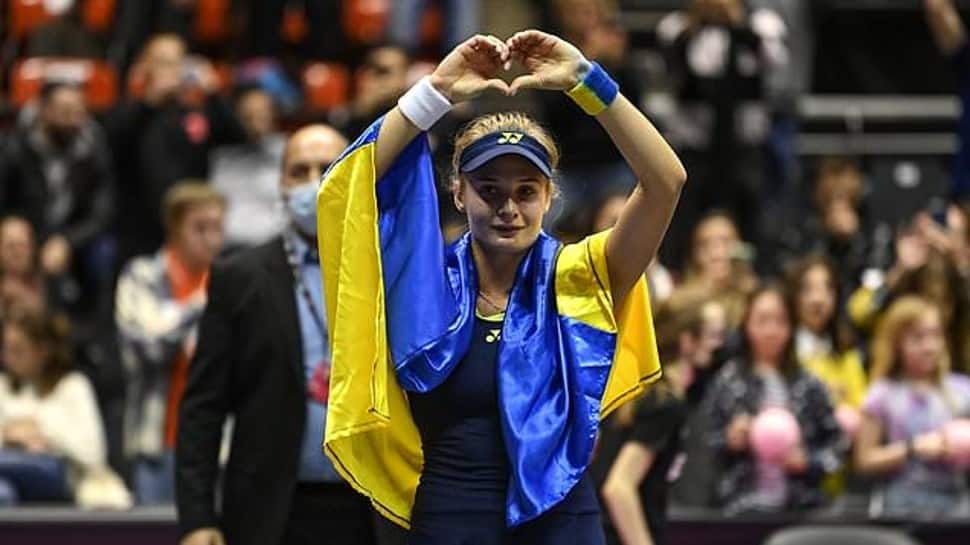 Dayana Yastremska’s unexpected run to the Lyon Open final ended in defeat on Sunday (March 6) but the Ukrainian said she would donate her prize money towards aid efforts following Russia’s invasion of her country 10 days ago. Yastremska, who has won three WTA titles, fled Ukraine with her younger sister with help from their parents just days after the invasion began on Feb. 24. She said she spent two nights in an underground parking lot before they fled.

The 21-year-old took the first set against Zhang Shuai before losing 3-6 6-3 6-4 to the eighth seed, who came back from 4-2 down in the decider to clinch the title.

“The prize money I earn here I’m going to give to the Ukrainian Foundation to support Ukraine,” Yastremska, who draped her country’s flag around her shoulders, said at the trophy presentation.

My beloved Ukraine, I really wanted to win this one for you!! gave my absolute best throughout this week because that’s what Ukrainians do!Thank you for all the support I received this week, it means the world to me. I am forever grateful!#StandWithUkraine pic.twitter.com/qdJVsWkf8d

“If Ukrainian people are watching me, I want to say ‘you guys are so strong, you have an amazing spirit, and I tried to fight for Ukraine’. I want to say thanks to every single person for standing by Ukraine.”

Russia calls its actions in Ukraine a “special operation”.