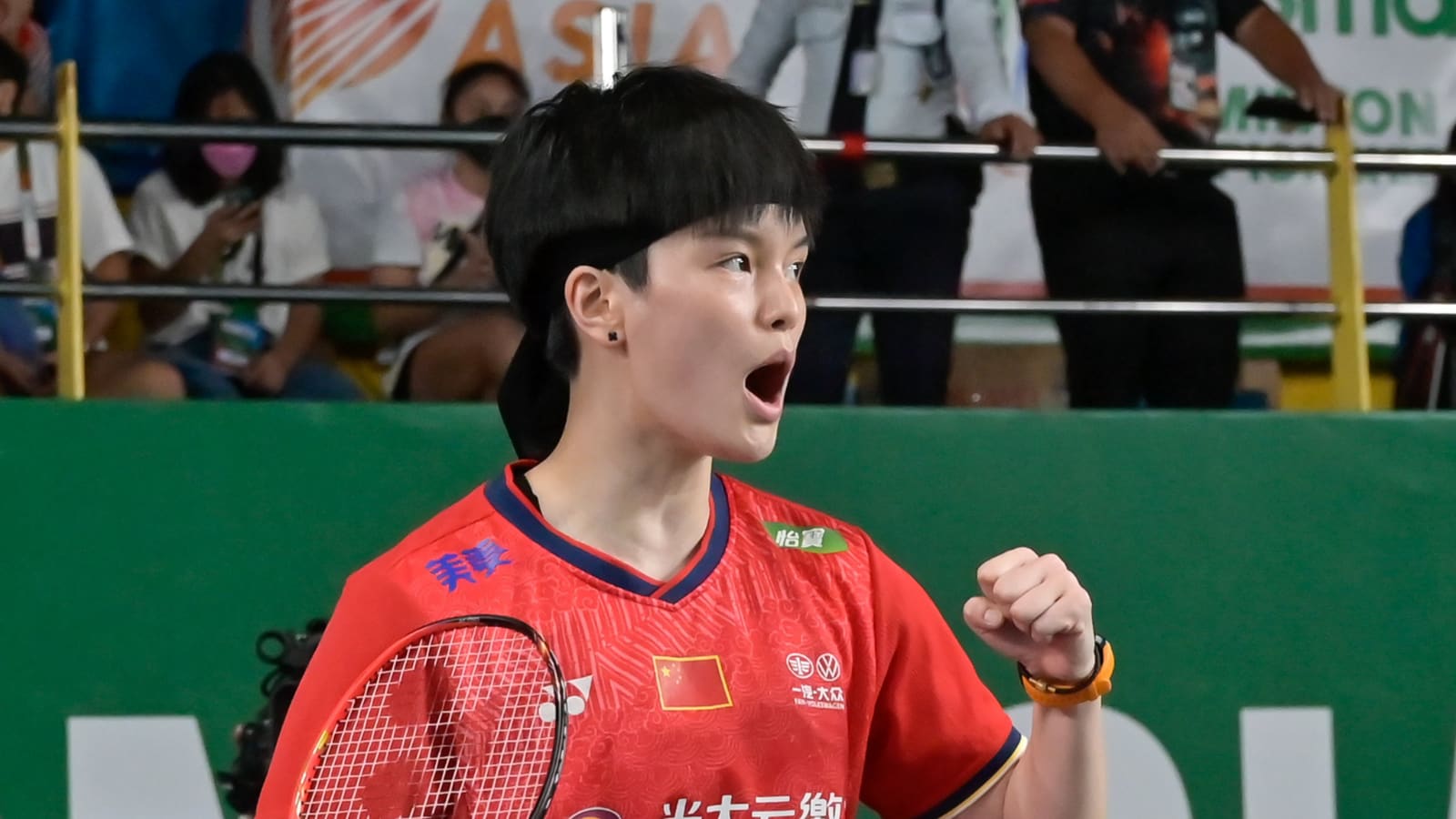 Unseeded Wang Zhiyi withstood a late fightback from world champion Akane Yamaguchi to record a stunning victory in the women’s singles final of the Badminton Asia Championships on Sunday.

The Chinese world number 16 needed treatment on a back injury before hanging on to beat the Japanese top seed and defending champion Yamaguchi 15-21, 21-13, 21-19 in just under an hour and a half of pulsating action that had a raucous crowd rocking in Manila.

As in her semi-final win Saturday over second seed An Se-young of South Korea, the 22-year-old Chinese had to recover from the loss of the opening game.

After levelling the match, Wang looked to be heading for a comfortable victory as she raced into a 16-5 lead in the decider before nerves and her niggling back kicked in to give Yamaguchi a lifeline.

The Japanese player used all her experience to claw her way back as Wang began to make unforced errors and Yamaguchi levelled at 19-19 after a lung-bursting 30-shot rally.

But Wang, who moments earlier had needed attention from the trainer at the side of the court, summoned up reserves of energy and forced Yamaguchi to go long to set up a first championship point.

Another marathon rally followed, but when Yamaguchi netted the rising star of Chinese badminton collapsed on to her back in exhaustion and elation as she became Asian champion for the first time.