Urvashi Rautela clarifies on viral ‘I Love You’ video, nothing to do with Rishabh Pant 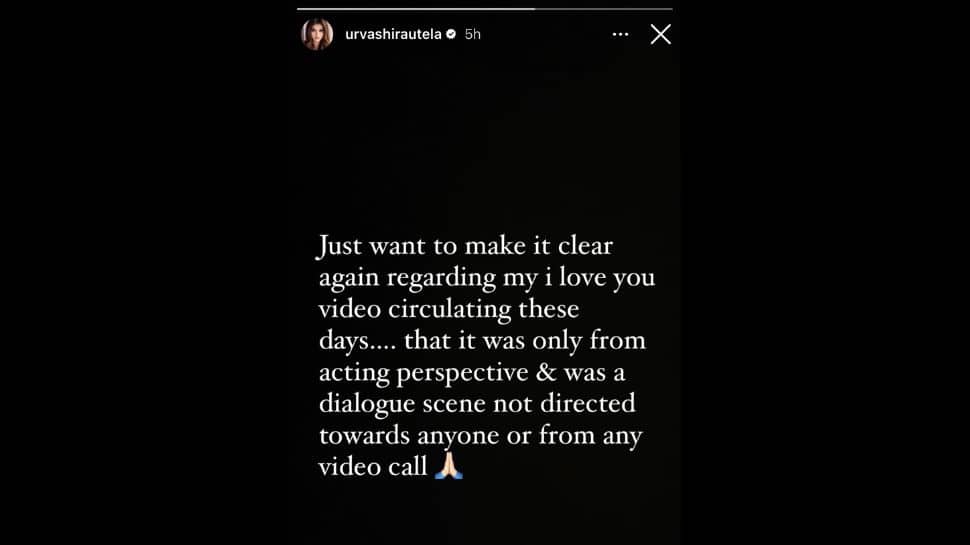 Bollywood actor Urvashi Rautela, in the early hours of Wednesday posted a clarification on her viral ‘I Love you’ video on social media. Taking to Instagram, Urvashi shared a note on her story in which she wrote, “Just want to make it clear again regarding my I love you video circulating these days…that it was only from acting perspective & was a dialogue scene not directed towards anyone or from any video call.”

Recently, the eagle-eyed trollers dug up the video once again and started trolling the ‘Sanam Re’ actor with edited clips of the video. The ‘Pagalpanti’ actor is currently facing a lot of backlash on social media after she posted multiple pictures with cryptic captions from Australia, where the Indian cricket team is currently practising for the ICC men’s T20 World cup 2022. Netizens trolled Urvashi allegedly for following cricketer Rishabh Pant.

This year, in August, Urvashi gave an interview to an entertainment portal, the clip of which has now gone viral. In the interview, Urvashi said that a certain “Mr RP” waited for her for almost 10 hours in a hotel lobby to meet her while she was getting some sleep and that she felt bad for having made him wait for so long.

As soon as the clip went viral, fans started linking Rishabh Pant with her again. Netizens started to write saying that the ‘RP’ Urvashi was talking about in the interview was nobody else but Indian cricketer Rishabh Pant.

Rishabh Pant then took to his Instagram story (which he deleted after a few hours) and wrote, “It’s funny how people lie in interviews just for some meagre popularity and for hitting the headlines. Sad how some people are thirsty for fame and name. May God bless them.”

He added hashtags – ‘Mera Picha Chhoro Behen’, and ‘Jhuth Ki Bhi Limit Hoti Hai’ at the end of the note. Urvashi also took to Instagram to respond to Rishabh’s story.