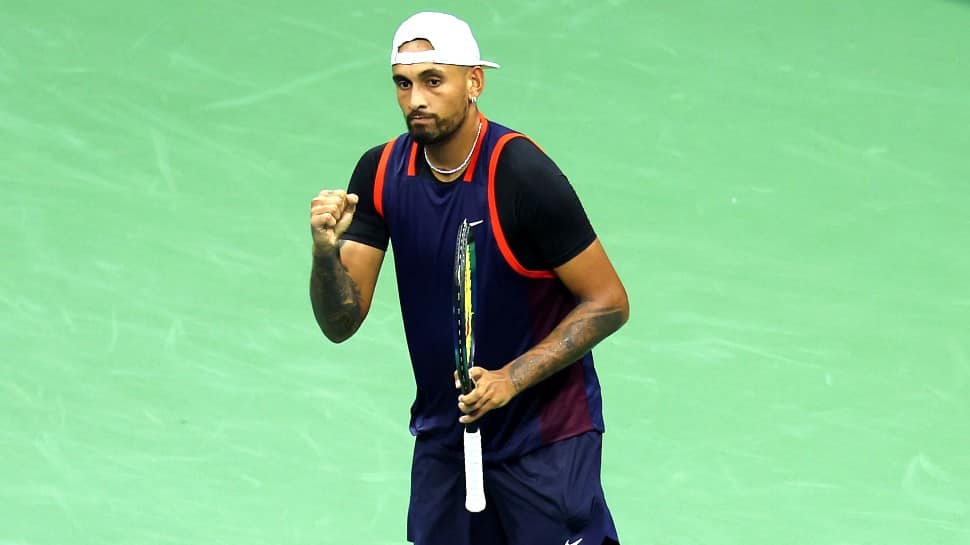 Wimbledon 2022 finalist Nick Kyrgios eliminated defending US Open champion and No. 1-ranked Daniil Medvedev in the fourth round of US Open 2022 on Sunday (September 4). Kyrgios beat Medvedev 7-6 (11), 3-6, 6-3, 6-2 on Sunday night in Arthur Ashe Stadium.

This is the first time Kyrgios has reached the quarterfinals at Flushing Meadows. It also extends the recent run of high-level play for the 23rd-seeded Kyrgios, a 27-year-old Australian who reached his first Grand Slam final at Wimbledon in July.

Kyrgios was up to some of his usual anctics but he also outplayed Medvedev with the help of 21 aces. Next for Kyrgios is a matchup on Tuesday against Karen Khachanov.

What a run it’s been.

No. 12 seed Coco Gauff wagged her finger and showed the prowess that made her a U.S. Open championship contender in a 7-5, 7-5 win over Zhang Shuai. The 18-year-old Gauff is in the U.S. Open quarterfinals for the first time in her career and will play France’s Caroline Garcia. Gauff is the youngest American woman to reach the US Open quarterfinals since 2009.

Gauff had the New York crowd firmly on her side and fans erupted in the third set when she wagged her finger like Dikembe Mutombo’s signature move after she went up 6-5 in the second set. Zhang had smacked a ball into the net and covered her ears because of the noise.

Casper Ruud continued his run at the U.S. Open and his bid to become the first No. 1-ranked player out of Norway with a 6-1, 6-2, 6-7 (4), 6-2 win over Corentin Moutet. He reached the US Open quarterfinals for the first time in his career.

The fifth-seeded Ruud, already the first Norwegian man to appear in the third and fourth rounds at the US Open, must reach the final for at least the opportunity to become the top-ranked player in men’s tennis.

Moutet dropped to 0-8 lifetime against top-10 opponents but the Frenchman’s week at Flushing Meadows was already a success. He became the first lucky loser (a player who fails to make it out of qualifying but gets into the main draw when someone withdraws) to reach the fourth round at the US Open.