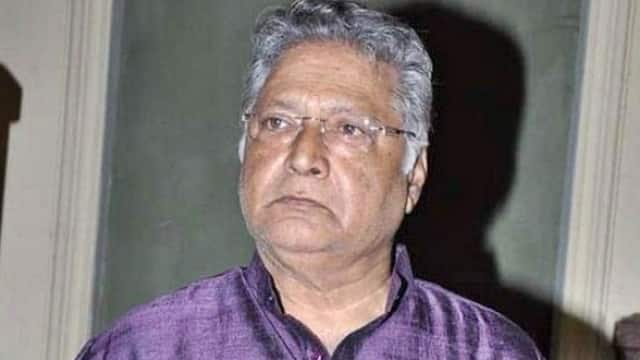 Vikram Gokhale passes away: Vikram Gokhale, one of the powerful actors of Bollywood, has passed away. At the age of 77, Vikram took his last breath and said goodbye to the world. Vikram Gokhale’s health was not good for some time and he was admitted to Deenanath Mangeshkar Hospital in Pune. Vikram Gokhale was one of the best actors in the cinematic world and worked in many films.

House-to-house recognition by flight
In the year 2010, Vikram also won the Best Actor title for the Marathi film Ishti. At the same time, he also made his debut as a director with the Marathi film Trao. In TV, he worked in the best shows like ‘Ghar Aaja Pardeshi’, ‘Alpaviram’, ‘Jana Na Dil Se Door’, ‘Sanjeevani’ and ‘Indradhanush’. Remind that the show ‘Udaan’, which came on Doordarshan in the 80s, had worked to make Vikram Gokhale a household name. At the same time, his Marathi film ‘Godavari’ is currently running in theatres. Let us tell you that Vikram Gokhale was last seen in Bollywood with Shilpa Shetty and Abhimanyu Dassani in the film Nikamma.

Rumors of death were flying a few days back as well
Remind that Vikram Gokhale’s health was not good for the last few days. Recently the news of his demise had come to the fore which left the celebs and fans disappointed. Although the news came from Vikram Gokhale’s daughter and wife that he is fine, and he has not passed away. There was a slight improvement in his health earlier, but not completely recovered. Although now he has said goodbye to this world, due to which everyone is sad.

This midcap stock gets shareholders’ nod for proposed stock split