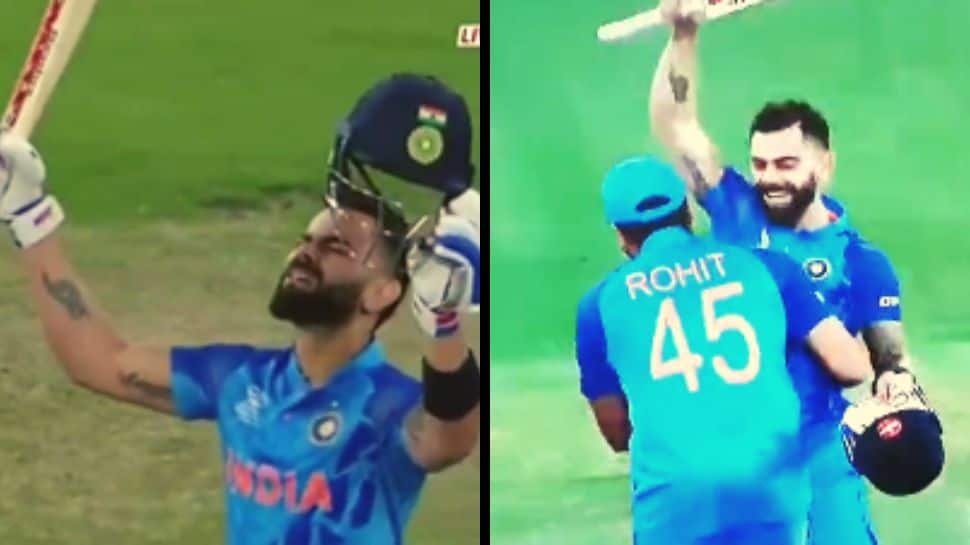 Virat Kohli reiterated on Sunday why he is one of the best chasers in cricket, slamming an unbeaten 82 off just 52 balls to power India to an incredible four-wicket victory over Pakistan in a thrilling Super 12 match of Men’s T20 World Cup in front of 90,293 fans at a sell-out Melbourne Cricket Ground on Sunday. Virat was seen getting emotional after his innings and in the post-match presentation, he even called this innings his best innings so far. During the celebration, Virat was lifted by India captain Rohit Sharma to cheer up the man of the hour.

The crowd went crazy for him __

“Thanks to all of you for your support all those months”@imVkohli the MAN the MOMENT pic.twitter.com/SBOEHH0EsM
— Adi (@WintxrfellViz) October 23, 2022

Virat is not under pressure, Virat is the Pressure – Shaheen Afridi

After the right-left fast-bowling duo of Hardik Pandya and Arshdeep Singh picked three wickets to help restrict Pakistan to 159/8 in their 20 overs, Kohli and Hardik Pandya (40) shared a match-winning stand of 113 off 77 deliveries, lifting India from 31/4 to chasing 160 on the last ball to get their campaign off to a winning start.