Virat Kohli has special RESPECT for Babar Azam, says THIS about PAK skipper 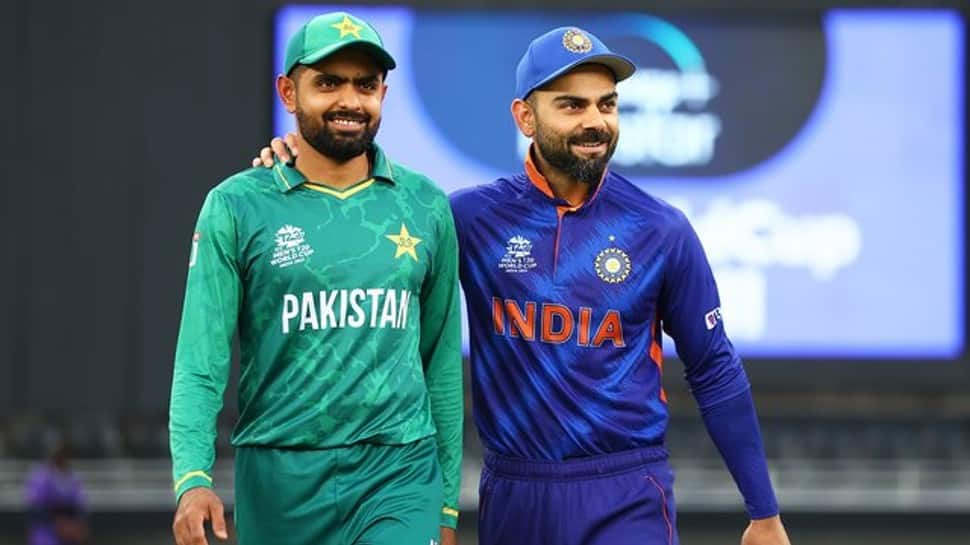 Former India captain Virat Kohli and current Pakistan skipper Babar Azam are constantly vying with each other for the ‘best batter’ honour for their consistency in all three formats of the game. Kohli was simply brilliant in the Super 4 Asia Cup 2022 game against arch-rivals Pakistan on Sunday (September 4), scoring his 32nd T20I fifty.

Although Pakistan captain Babar Azam failed to fire with the bat, his side completed a thrilling five-wicket win led by Mohammad Rizwan and Mohammad Nawaz. Kohli revealed that he had a lot of respect for Babar the cricketer.

“Babar is a very nice guy. I have always had good conversations with him. Kinship, I am not sure of but there is respect, there is always respect. He was always keen to learn. He spoke to me after our game in the 2019 World Cup. I have always said he is keen to learn and there’s no surprise that he is playing like this in all formats of the game. He is obviously a very talented player,” Kohli said in the post-match press conference on Sunday.

Getting an extra 20-25 runs on the board could have been a different story, says @imVkohli after a narrow loss against Pakistan #INDvPAK #ACC #GetReadyForEpic #AsiaCup pic.twitter.com/TMlhWYgJYN
— AsianCricketCouncil (@ACCMedia1) September 4, 2022

The former India skipper went on to add that although India and Pakistan are fierce rivals on the field, but most of the Pakistan cricketers are friendly. He added that it is always nice to meet Babar Azam and his men when the two teams face-off in multi-tournament or ICC events.

“It’s always nice meeting him and also the other guys (From Pakistan). They are all very friendly, get along nicely with all of us. There is mutual respect between both the teams. I have realised that, it was there to be seen last year as well. We are very competitive on the field but very respectful,” Kohli added.

The Indian batter admitted that Mohammad Nawaz’s innings of 42 in just 20 balls was a turning point in the game. “A chance was taken by sending him up the order. To play such impactful innings is good. Had his innings been restricted to just 15-20 runs, things could have been different,” he added.