Virat Kohli, the freak, the genius, the master, is BACK to prove critics wrong again 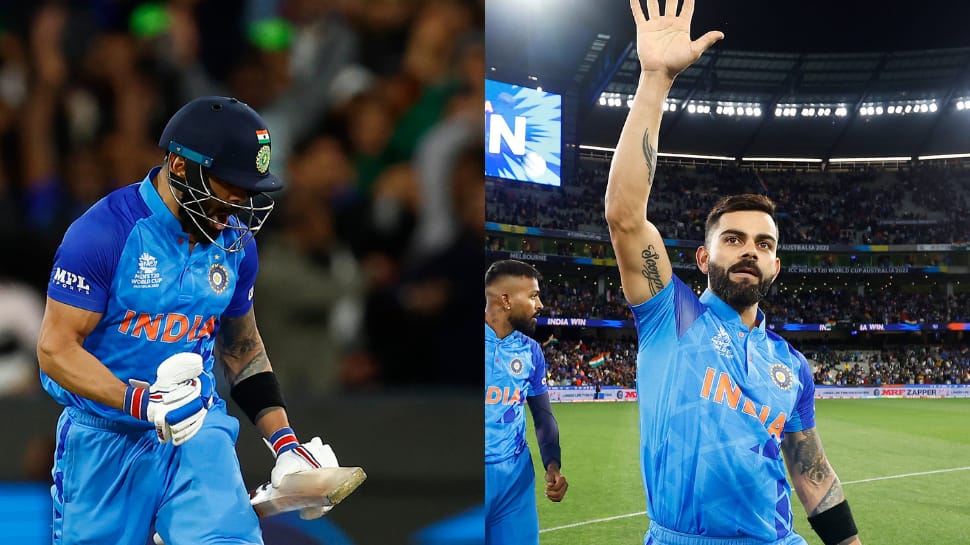 He’s back. The hot-headed freak from Delhi, who took up cricket because he wanted to win. No matter what. He wanted to win so desperately that he quit his favourite food, cut fat off the body, threw himself to the toughest of challenges intentionally. We thought the mid-30s would see his decline. We thought we will have to make-do with some lovely cover drives and occasional hundreds. But what Kohli displayed at MCG on Sunday night was a testament to the fact that he is not done yet. Kohli, the freak, the genius, the master, is back. This unbeaten 82 against Pakistan at MCG against this quality of pace attack is undoubtedly his best in the T20Is and one of his best across formats. Indian captain Rohit Sharma went one step ahead and called it the best knock by an Indian ever. But why is it the best ever is based on two reasons. This Kohli knock was unexpected despite his years of brilliance. We discuss it more below.

Firstly, India, in the past few months, have not been a side who have recovered from such a dismal position in a chase in T20s to eventually win it. With India 45/4 at the end of 10 overs, required more than 100 off last 60 and Pakistani bowlers dominating the proceedings, it seemed impossible at one stage. Secondly, despite his comeback 100 in Asia Cup in August, Virat was still not seen as a T20 match-winner anymore. The Afghanistan bowling in that match was very poor, allowing Kohli to make that 100. That’s no way taking any credit away from his hard work. But even the experts felt that Kohli could, at best, play the role of an anchor. The one who stands firm at one end and lets the likes of KL Rahul, Suryakumar Yadav and Hardik Pandya take the bowlers on. Virat was never a big six-hitter. Even his best of fans and critics, including this writer, thought his 2016 best was behind him. In a nutshell, we all thought that Kohli, the genius, had faded away.

His 82 put all such fears to rest. In these 53 balls he faced, he actually lived a life time. He started off scratchily, playing at a poor strike rate of less than 100. The wickets were tumbling at the other end. The fear was rising. And despite Kohli being there in the midde, one felt that he will need a Pandya or a Dinesh Karthik to fire from the other end. At the end of the 17th over, the fear of loss became stronger. Hardik was not able to connect and a small niggle was avoiding him coming into positions from where he could weild his sword. That is when Kohli channelised his old self. Out of the blue. That is why the impact of his knock is ever-lasting.

The 18th over by Shaheen is when he unleashed himself. Till then he was a happy anchor. Now, in the 18th, he was the same old beast, who had slammed 4 IPL tons in 2016 and became a run machine in the World Cup the same year. Shaheen got hit for 3 fours in this over. But what pumped up Kohli was the second boundary. He moved away and smashed it over the covers for four. What followed was fist pump. He enjoyed that and he believed. On the last ball, he backed away to flick it over final leg and like a hero saving the planet from aliens with a last few bullets left, he roared back. He had not been able to deliver these boundaries before. But he had now put all these negative thoughts in the past.

.@imVkohli, it was undoubtedly the best innings of your life. It was a treat to watch you play, the six off the back foot in the 19th over against Rauf over long on was spectacular! _

Kohli, known for overcoming challenges, had another big one up against him next. It was Haris Rauf. The best Pakistani bowler, who was fast, bouncy and accurate. It was tough to hit him through the line against the pace he was generating. The bounce was making it even more difficult. But then Virat pulled off what the great Sachin Tendulkar called ‘spectacular’. He waited for the ball, and then lofted it straight down the ground for a six. That was it. Kohli had hurt Rauf’s ego and made him question his length on the next ball. He was hit from the length no one had dared touch him throughout this game. Rauf went fuller on the last ball, Kohli flicked him for six this time. In the span of six balls, Kohli went from struggling against Rauf to bossing him. It was very typical of Kohli.

The fact that he helped India pull off another masterful chase ensures India’s campaign for the second T20 trophy is right on track.

Kohli had made cricket writing boring three years ago. His mad consistency had writers opening dictionary books to find adjectives to define his knocks. Then came the lull, the pandemic and the long rough patch. His stocks were down and the time was running. He will turn 34 in November this year. It seemed he was over and the writing was dull again as headlines would just talk about his lack of runs and poor form. This is why this 82 is a big moment in his career. When Kohli smashed his first international hundred, he was an angry kid from Delhi. When he was at his peak, he attained the status of a legend, who still a angry at times. He’s been an emotional man all this while. Ready to express himself through every moment. His comeback tears tonight in Melbourne reveal a new side to him. He wanted this night very badly and he now has it. Hope Kohli finishes like the same man he was at MCG when India beat Pakistan again in a World Cup encounter.