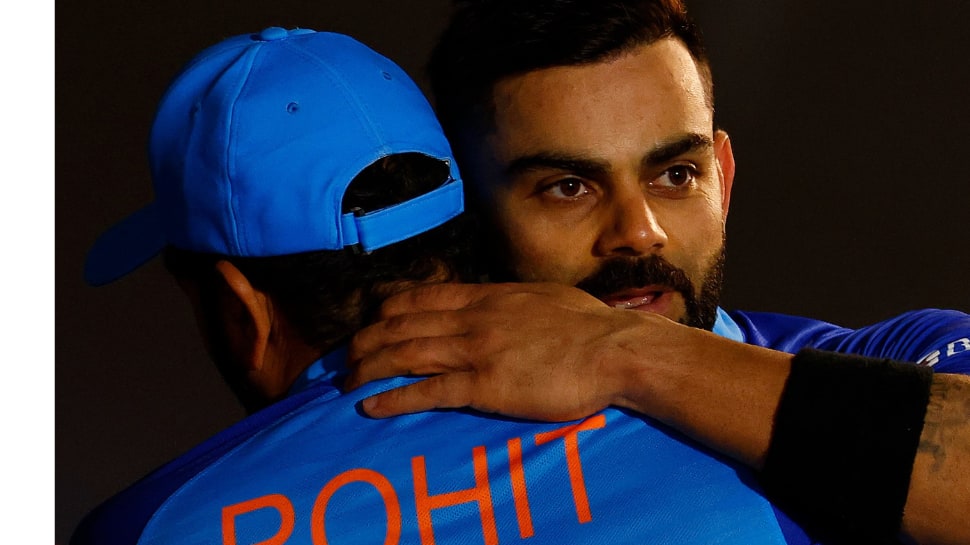 Team India captain Rohit Sharma could not stop praising Virat Kohli after his heroic knock of unbeaten 82 off 53 balls vs Pakistan in their first Super 12 clash of the ICC T20 World Cup 2022 at MCG on October 23 (Sunday). Kohli came in early after loss of KL Rahul’s wicket and showed his class, going back unbeaten after having won the match for India. Befor the Asia Cup, Kohli was being criticised for his lack of runs. He could not convert his starts into big scores throughout IPL and struggld in England as well. Rohit says his form was not a big concern for them as he was in good touch and the runs were just around the corner.

“I don’t think Virat was struggling. He was batting as good as he was. But expectations were high from him so even 30s and 40s were seen as failures. He was in a good space after he got a month off. Leading up to the world cup, he showed the quality. He has done this in the past as well. He used his experience today. We know how good he is when the score is in front of him, he is one of the best chasers in the world. I thought the partnership was a game changing moment,” said Rohit at the post-match press conference after India’s brilliant win over Pakistan in T20 World Cup 2022.

Turning back time! The chase master @imVkohli is back and what a match to showcase his skills. What a game we have witnessed today!

Rohit went on to add that this is not just Virat but this is best knock by an Indian in this format. “This is Virat Kohli’s best knock. From the situation we were in, it has got to be India’s best knock. Because till the 13th over, we were behind the run rate.”

Rohit went on to praise Hardik Pandya as well. “Hardik also played a brilliant role. They have played so many games for us so they handled the situation very well,” said the Indian captain.