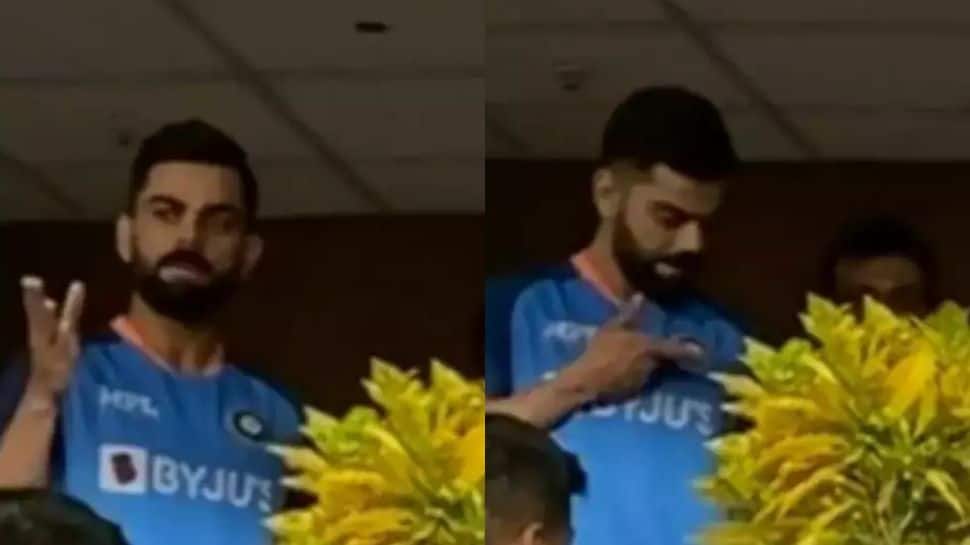 Former India captain Virat Kohli was like a live wire in the rain-curtailed second T20I against Australia at the Vidarbha Cricket Association Stadium, Nagpur on Friday. Virat gave his very best on the field taking effecting a runout and almost pulling off a magnificent catch at long-on, running towards long-off. India managed to beat Australia in the 8-over match and levelled the series. The crowd was more than happy to see their favourite cricketer perform after a wait of almost three hours. After the match crowd was cheering for their favourite cricketers. Meanwhile, the bulk of the crowd started chanting RCB RCB. However, former Royal Challengers Bangalore captain asked the crowd to cheer for Team India and not RCB.

Meanwhile, Kohli is relishing the win against Australia in the second T20I which helps the hosts level the series against the visitors on Friday. India defeated Australia by six wickets in the rain-curtailed second T20I to clinch the match and remain alive in the three-match series. Kohli, who scored 11 off six balls, was visibly elated with the team’s performance. The right-handed batter shared Team India’s picture on the homegrown micro-blogging platform Koo app following the win.

“All square. See you in Hyderabad,” Kohli captioned the post on Koo. Australia had scored 90/5 in the 8 overs following Matthew Wade’s onslaught in the final few balls. However, Rohit Sharma played a captain knock as he smashed 46 off 20 balls to take India home.

India chased down the target in 7.2 overs with 4 balls to spare. Rohit’s innings was studded with four fours and four glorious sixes. The Indian skipper went past New Zealand’s Martin Guptill to top the chart of batters with most sixes in T20Is. Guptill with 172 sixes and former West Indies opener Chris Gayle with 124 sixes are behind Rohit. Meanwhile, Kohli is the only other Indian batter with more than 100 sixes in the shortest format of the game. Coming back to the series, the third and final match also known as the decider will be played in Hyderabad on Sunday.