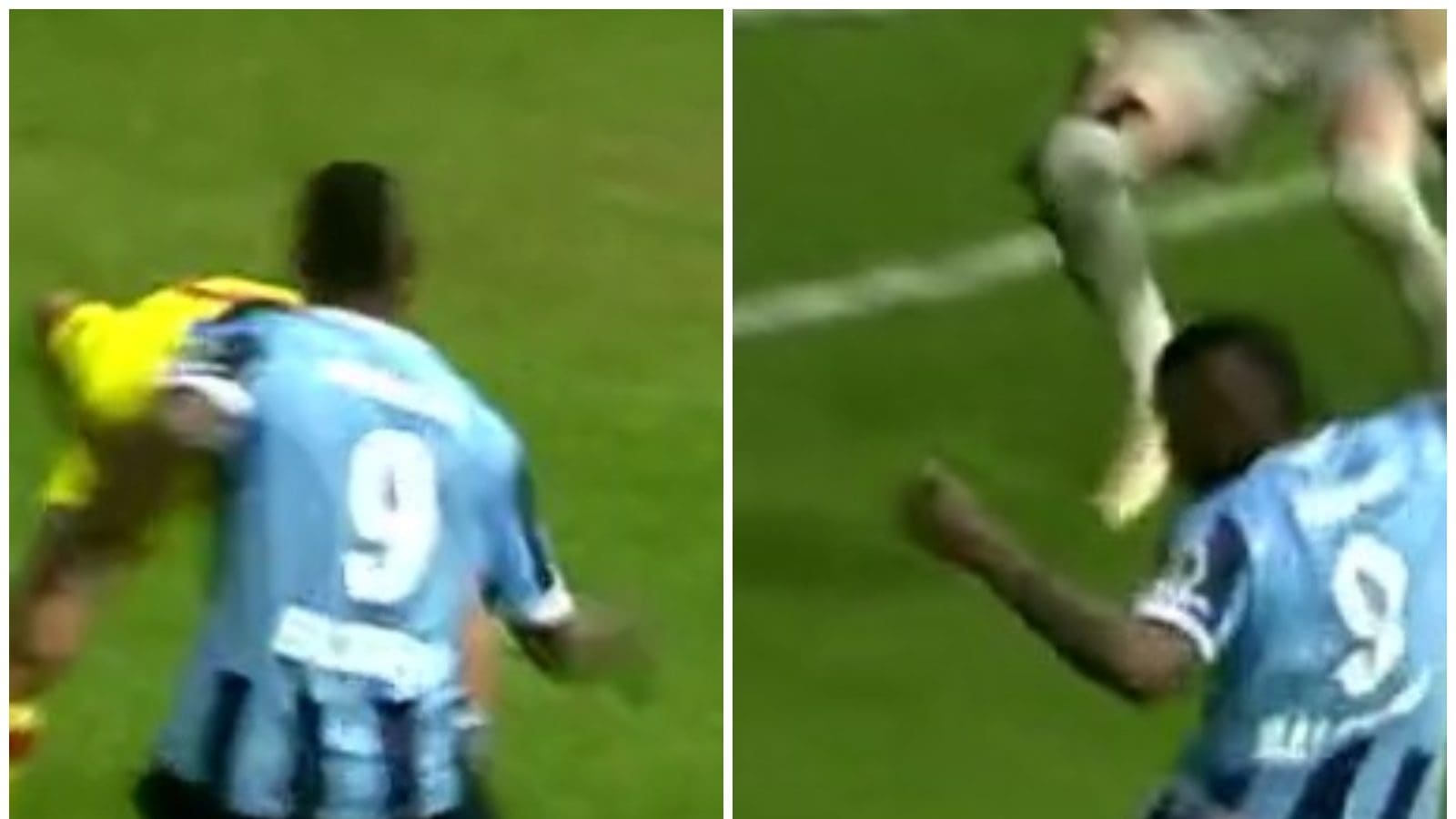 Mario Balotelli never fails to entertain fans and followers. The Italian striker is all about grabbing eyeballs from his passionate celebration style to scoring jaw-dropping goals. And now the 31-year-old once again finds his name in the headlines. On Sunday, Balotelli scored five goals for Adana Demirspor in the Turkish Super Lig fixture against Goztepe SK. What made him a trending topic on social media was an audacious rabona goal.

After getting inside the penalty box, Balotelli did seven step-overs in front of the opposition defender and then took the ball outside with a touch to fool the goalkeeper. Eventually, instead of taking a regular shot, he found the bottom corner with an eye-catching rabona past Goztepe SK goalkeeper Arda Ozcimen.

What a goal by Mario Balotelli today!

Mario Balotelli has so far scored 18 goals in 31 matches for his side Adana Demirspor in the domestic league. The Italian striker also chipped in four assists in the domestic league. For Balotelli, the current season might appear to be a fruitful one but his side Adana Demirspor are currently occupying ninth spot on the points table with 55 points from 38 matches. They have so far secured 15 wins along with 10 draws.

Mario Balotelli joined the Turkish club ahead of the 2021-22 season on a free transfer from Italian club Monza. Previously, he has been a part of high-profile clubs like Liverpool, Manchester City, AC Milan and Inter Milan.

Balotelli is part of Manchester City’s folklore. In the 2011 season, he came off the bench to provide a 94th-minute assist and helped Sergio Aguero to score the winning goal against Queens Park Rangers. That assist had eventually helped Manchester City to secure a 3-2 win against Queens Park Rangers and lift its first English Premier League title.