Watch: Muhammad Nawaz sits on his knees in shock as Shan Masood gets hit on head 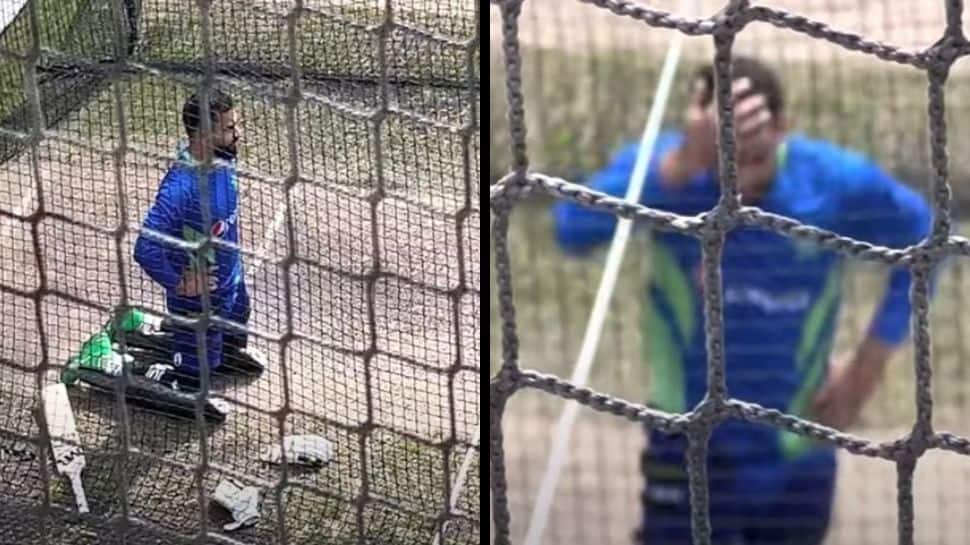 Pakistan middle order batsman Muhammad Nawaz was seen sitting on his knees in shock as his shot hit countrymate Shan Masood on the head during team’s net practise ahead of the India vs Pakistan match at the Melbourne Cricket Ground on Sunday in the ICC T20 World Cup 2022. In the video, Nawaz can also be seen standing up and shaking his head in disappointment. Masood was struck on the right-hand side of his head during a practice session at the MCG on Friday and officials took no risk with the 33-year-old as they took him straight to the hospital for observation. Masood was hit by Mohammad Nawaz while facing the bowler in the nets.

Muhammad Nawaz sits on his knees in shock after his shot hits Shan Masood on head.pic.twitter.com/YgrJkp9ySj

As per the sources “All of Shan Masood’s neurological observations are normal. His CT scan only shows superficial bruising where the ball struck him. He currently is asymptomatic and has a concussion. The batter will undergo a concussion re-test tomorrow.”

The incident means Masood’s place in Pakistan’s XI for their T20 World Cup opener against India on Sunday is in doubt, pending tests, with fellow leftie Fakhar Zaman in contention to replace him. Masood was likely to come in after star duo Babar Azam and Mohammad Rizwan and bat at No.3 for Pakistan during the T20 World Cup given he appeared in this position for much of the recent tri-series in New Zealand.

Fakhar Zaman, who had earlier been named in the reserves list, was moved into Pakistan’s squad of 15 for the T20 World Cup after Usman Qadir injured his thumb during the England T20I series.

Earlier, the Pakistan team came for practice in the optional practice session and all members looked focused until Masood was injured. The team’s doctor and physio rushed to the batter and had a close look at him. Pakistan captain Babar Azam was seen having a long serious discussion with head coach Saqlain Mushtaq. Pakistan will face arch-rivals India in their opening match at the T20 World Cup on October 23 in Melbourne.