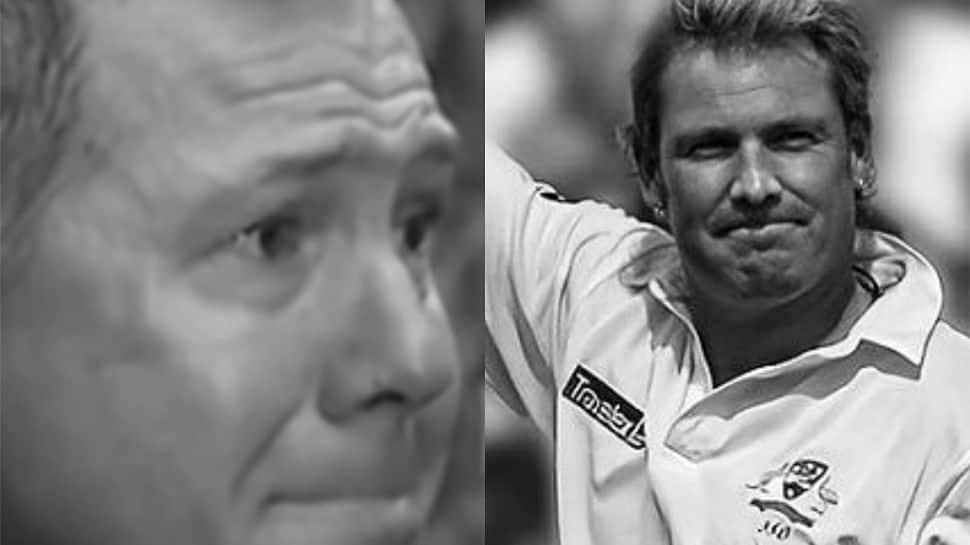 Former Australian captain Ricky Ponting was in tears when giving a tribute to Shane Warne, who passed away on Friday (March 4 in Thailand).

Ponting was speaking on Warne and soon he could not keep back his tears. He took a moment to collect himself before starting to spealk again.

Ponting knew Warne since the age of 15 and his nickname Punter was given to him by the spin bowling legend himself. Needless to say, Warne was very close Ponting and his passing away has definitely shook the batting legend from Australia.

“Hard to put this into words. I first met him when I was 15 at the Academy. He gave me my nickname. We were teammates for more than a decade, riding all the highs and lows together. Through it all he was someone you could always count on, someone who loved his family,” Ponting had tweeted soon after news of Warne’s death surfaced on internet.

“Someone who would be there for you when you needed him and always put his mates first. The greatest bowler I ever played with or against. RIP King. My thoughts are with Keith, Bridgette, Jason, Brooke, Jackson and Summer,” he added.

“I have had a few hours now to digest it all and think about how big a part of my life he was and reflect on a lot of those memories,” Ponting said in this emotional video in which broke down into tears.

Warne was among the greatest of cricketers the world has ever seen. He had many records to his name, the stand out being becoming the first bowler to cross the 700 Test wickets mark. He finished with 708 Test wickets.

A Thailand Police revealed that blood stains were found on the floor of the room he was staying in.

Read more about this reveletion here.