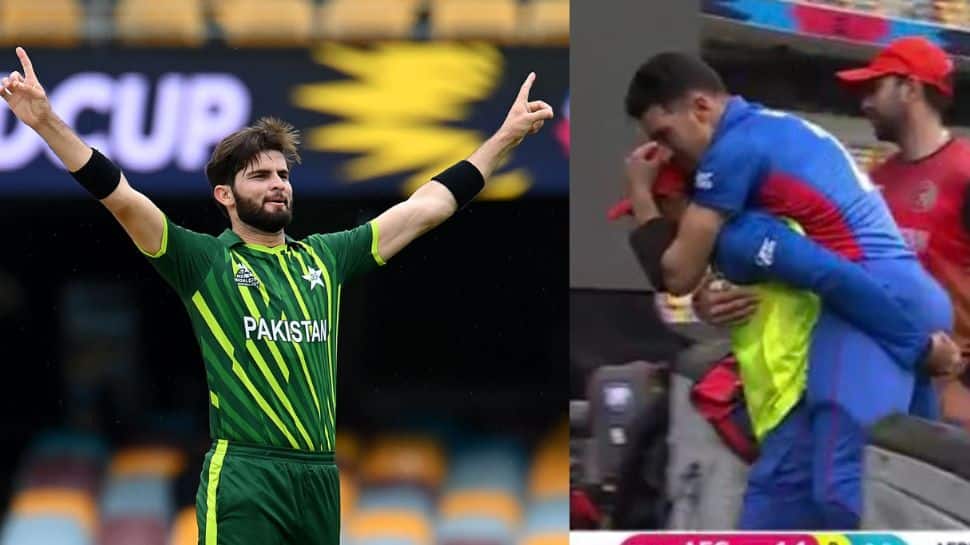 Shaheen Shah Afridi is back and in some style! The ace Pakistan fast bowler who missed the Asia Cup 2022 last month due to knee injury appears fully fit and ready for the ICC men’s T20 World Cup 2022. Afridi sent warning signs to Team India, ahead of Pakistan’s opening tie at the Melbourne Cricket Ground (MCG) on Sunday (October 23), bowling with pace and fire against Afghanistan in their second warm up match at the Gabba in Brisbane on Wednesday (October 19).

Afridi struck in his very first over, a deadly inswinging yorker catching Afghanistan opener Rahmanullah Gurbaz plump in front of the wicket. Gurbaz was dismissed for a first ball duck, in a dismissal reminiscent of Rohit Sharma’s dismissal in the T20 World Cup 2021 game between India and Pakistan last year in Dubai. To add injury to insult, Gurbaz was injured severely and was carried off the field on the shoulder of his teammate and sent to hospital for scans on hit foot subsequently too.

Afridi wasn’t done yet as he grabbed a second wicket in the second over of his spell. Afghanistan opener Hazratullah Zazai gave some room to hit Afridi but another pacy yorker hit the base of his leg-stump. The left-arm pacer was given a break after a couple of overs by skipper Babar Azam and had a figures of 2/4.

Shaheen Shah Afridi only bowled a couple of over in the first warm up match against England but didn’t pick up a wicket. Pakistan lost their first warm-up match by six wickets to England.

Rohit Sharma and Team India will be vary now with Jasprit Bumrah missing from the T20 World Cup 2022 with injury but Pakistan back to full strength now with Shaheen Shah Afridi firing on all cylinders.