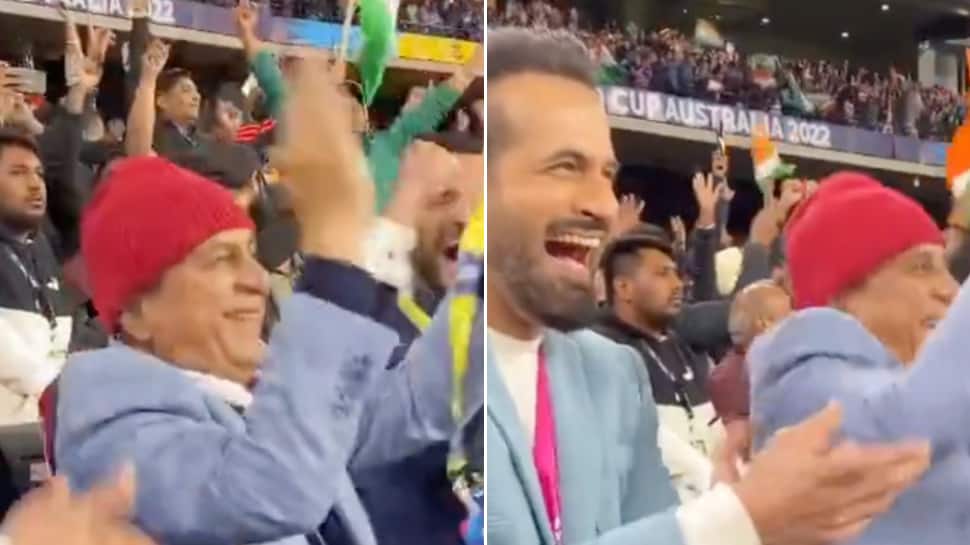 Former India cricketer Sunil Gavaskar celebrated India’s win over Pakistan holding back no emotions as he seen enjoying the winning just like every other Men in Blue fan. As Ravichandran Ashwin knocked over the ball for a boundary to beat Pakistan in India’s T20 World Cup 2022 Super 12 clash at the Melbourne Cricket Ground (MCG), Sunil Gavaskar, who is a part of the ICC commentary, jumped and clapped continuously after India’s emphatic victory over the arch-rivals Pakistan.

The 73-year-old was alongside former India cricketer Irfan Pathan who himself was all smiles after India’s victory and he was also happy to Gavaskar enjoying the victory with sheer joy. (IND vs PAK: ‘No-ball given because Virat Kohli asked’, Pakistan fans slam umpires, says Babar Azam and Co were CHEATED)

Many fans on social media said that watching the 73-year-old India legend celebrating like this is just ‘PURE GOLD’.

Virat Kohli is the winner with that knock.

But, Sunil Gavaskar wearing a woolen cap and trying to maintain his cool after that win, is the real winner.

Coming to the player of the match, India captain Rohit Sharma didn’t bat an eyelid before declaring Virat Kohli’s 82 on Sunday as not only his best but the most accomplished knock played in the country’s T20 history. Kohli has had his issues with form, but his skipper didn’t count himself among the Doubting Thomases, who had termed him well past his sell-by-date.

Both Kohli and Pandya are veterans of many close T20 contests, which they had pulled off under pressure at the international as well as IPL level. Kohli had pulled off a similarly incredible chase six years ago in Mohali, during a knock-out T20 World Cup game against Australia.