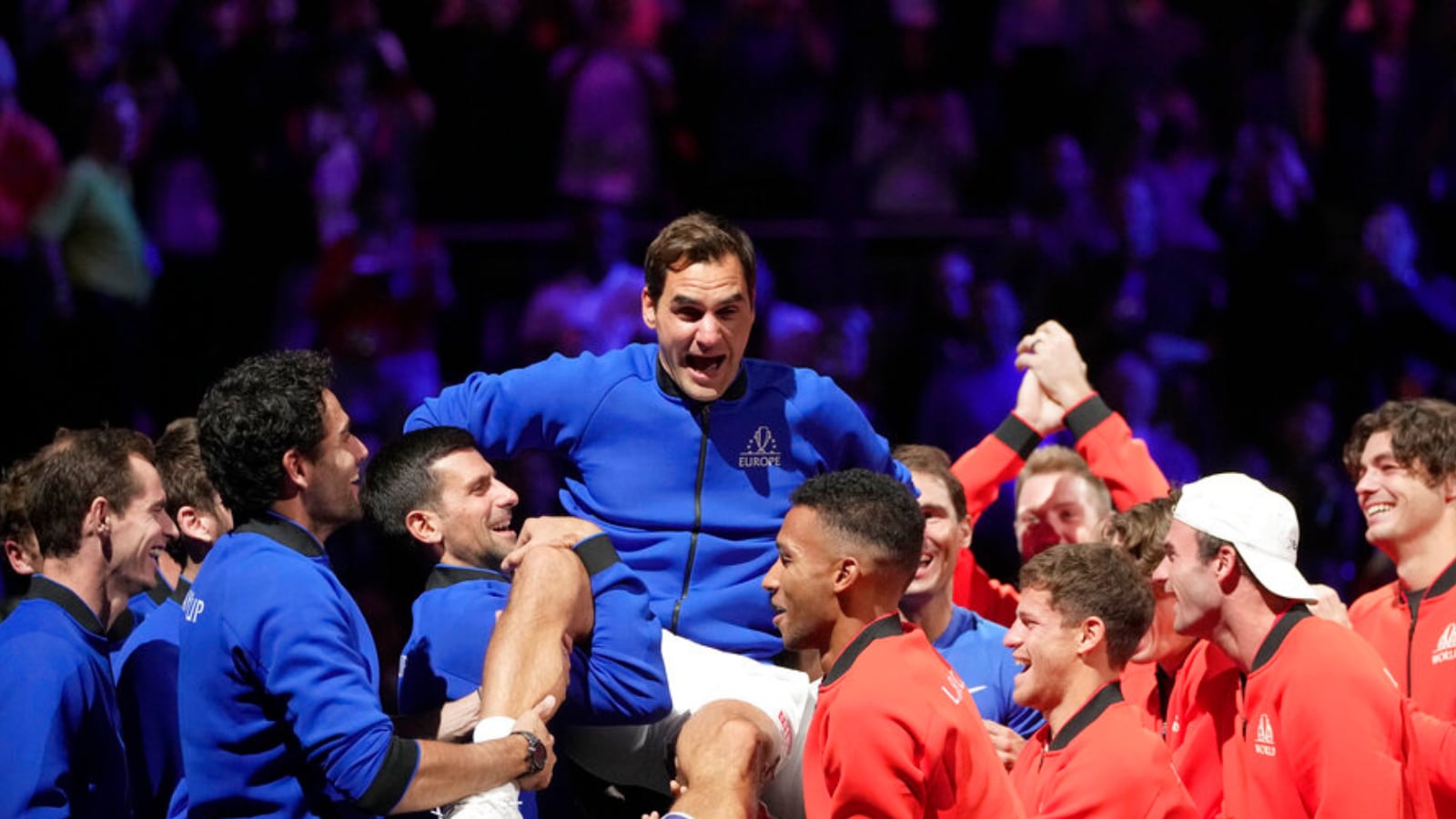 Tennis legend Roger Federer drew curtains on his remarkable career after his ultimate doubles match alongside long-time rival and friend Rafael Nadal at the Laver Cup on Saturday. In an evening that was emotional from the start, Federer bid adieu to his beloved sport in front of a sold-out O2 Arena in London and his fans got a final glimpse of him through their screens, playing professional tennis for the very last time.

Laver Cup shared an emotional montage of the heart-wrenching farewell of the 20-time Grand Slam champion after his last match on the tennis court. As soon as the match ended, Federer’s composure finally broke and he burst into tears. His teammate Nadal wept alongside him throughout. Federer hugged his tennis compatriots, coaches, and officials numerous times, before finally embracing his beloved family.

The tennis maestro was also carried on their shoulders by his teammates and rivals as each of them paid tribute to an absolute legend of their sport. Federer then did a lap of victory and acknowledged the fans who were constantly cheering for him.

Roger Federer announced his retirement from professional tennis, earlier this week. The 20-time Grand Slam champion has been the epitome of the sport of Tennis. His sheer class and his passion for the game helped to create a golden era of men’s tennis alongside his eternal rivals Rafael Nadal and Novak Djokovic. Yet, nothing could have fully prepared the “Big Three” for the bombarding feelings they endured on Saturday.

Federer’s last dance wasn’t much of a perfect ending in terms of the results as the world’s most enthralling tennis partnership of Federer and Nadal, was defeated by Team World’s Jack Sock and Frances Tiafoe 4-6, 7-6, 11-9 in an excruciating match.

The Swiss ace is departing from the stage 19 years after winning his maiden Grand Slam title in 2003 at Wimbledon. Federer walks away with a men’s record of eight Wimbledon wins, 103 titles overall, and more than $130 million in prize money, all earned with a game of unparallel elegance and a magnanimous aura throughout his playing career.