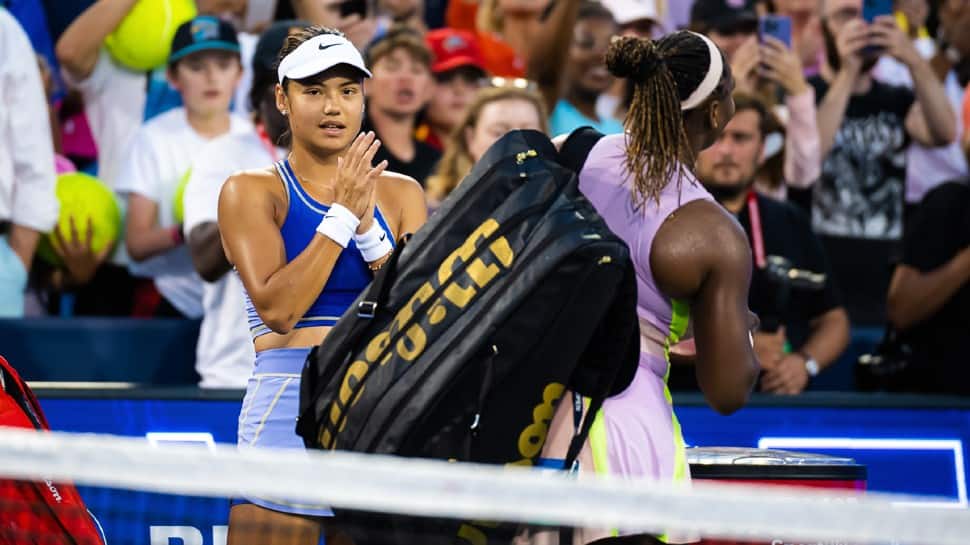 US Open champion Emma Raducanu started her Western & Southern Open Cincinnati Masters campaign on a high note on Tuesday (August 16) as she outlasted American legend Serena Williams in a highly anticipated opening-round match. The 19-year-old Raducanu was dominant from the start of the match breaking Williams in the opening game before rolling to a 6-4, 6-0 victory.

The 40-year-old Williams, who announced she is stepping away from tennis after the US Open, was competing in only her fourth match of the season. The 23-time major champion won her first match in over a year last week at the National Bank Open, defeating Nuria Parrizas Diaz in straight sets before bowing out to Olympic champion Belinda Bencic.

“I think from the beginning to the end, I maybe looked calm, but I just knew how important every single point was, because you let up a little bit and she’s going to be all over you,” Raducanu told reporters. “She’s just such a legend.”

The 40-year-old struggled to find her rhythm. Raducanu, 19, played clean tennis throughout the match. Raducanu shot just one unforced error while Williams misfired on 12 unforced errors to go with 11 winners.

With a set in hand, the Brit raced away in the second set to collect her 12th win of the season, hitting zero unforced errors to clinch the match. She will face former No.1 Victoria Azarenka in the second round.

“I think we all need to just honour Serena and her amazing career. I’m so grateful for the experience of being able to play her and for our careers to cross over. Everything that she’s achieved is so inspirational and it was a true honour to share the court with her,” Raducanu told the crowd after the match.