We need to believe in our abilities to qualify for AFC Asian Cup, says Gurpreet Singh Sandhu 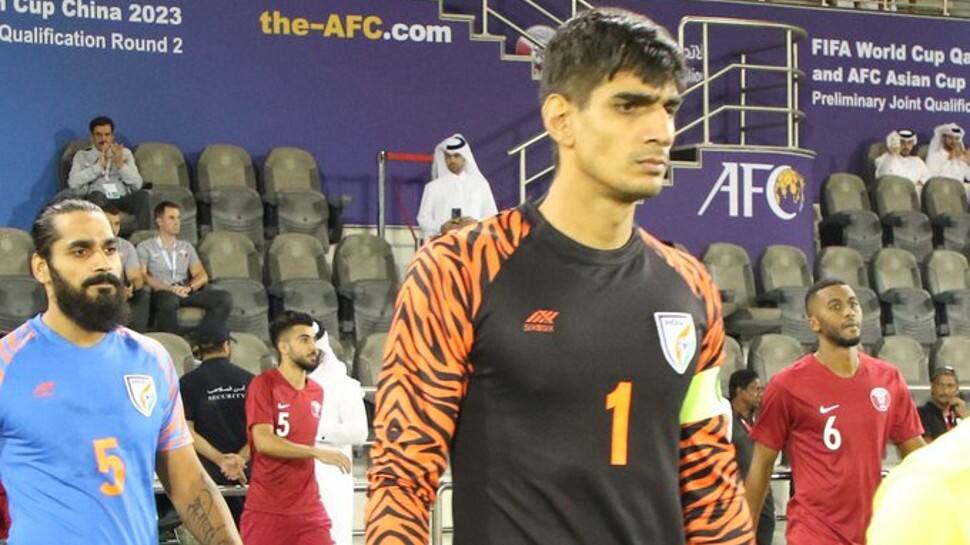 Handed an “interesting” draw, the Indian players will need to believe in their abilities to qualify for the AFC Asian Cup twice in a row for the first time, feel the country’s top footballers Gurpreet Singh Sandhu and Sandesh Jhingan.

On Thursday (February 24), India was drawn alongside Hong Kong, Afghanistan and Cambodia in Group D of the 2023 AFC Asian Cup final round qualifiers to be played in Kolkata in June this year. “It looks like an interesting draw. We have played against Cambodia and Afghanistan in the recent past, and from experience I can tell you they weren’t easy games. They pose an extreme challenge every time we play them, so none of the games will be easy,” goalkeeper Sandhu said in a release.

We need to believe in our own abilities, echo #BlueTigers

“We need to believe in our abilities, and go out with 100 percent conviction to qualify for the AFC Asian Cup. Once we have that mindset and goal, there’s nothing that can stop us.” he added.

India will begin their campaign against Cambodia on June 8 at the Vivekananda Yuba Bharati Krirangan (Salt Lake stadium). The top teams from each of the six groups, and the five best second-placed teams will earn a ticket to the Asian Cup in China which is scheduled to be held next year.

Current AIFF Player of the Year, and central defender Jhingan expressed that there are “no easy games in modern day football. All playing nations have improved a lot, and hence, there are no easy games. A lot depends on us.” he said.

“We are confident and a talented bunch. The potential is huge, and the mentality is rock solid. We need to stick to the plan, and give our best. Everyone is looking forward to it,” Jhingan added.

As part of the preparation for the final round of the qualifiers, India will play two international friendlies against Bahrain and Belarus on March 23 and March 26 respectively, both of which are to be held in Bahrain. “The preparation for the matches starts from today. Playing in Kolkata will be a huge advantage for us,” defender Pritam Kotal said.

“We need to make the most of it. I hope that all players stay away from injuries for us to go all out to earn the ticket to China,” he added.