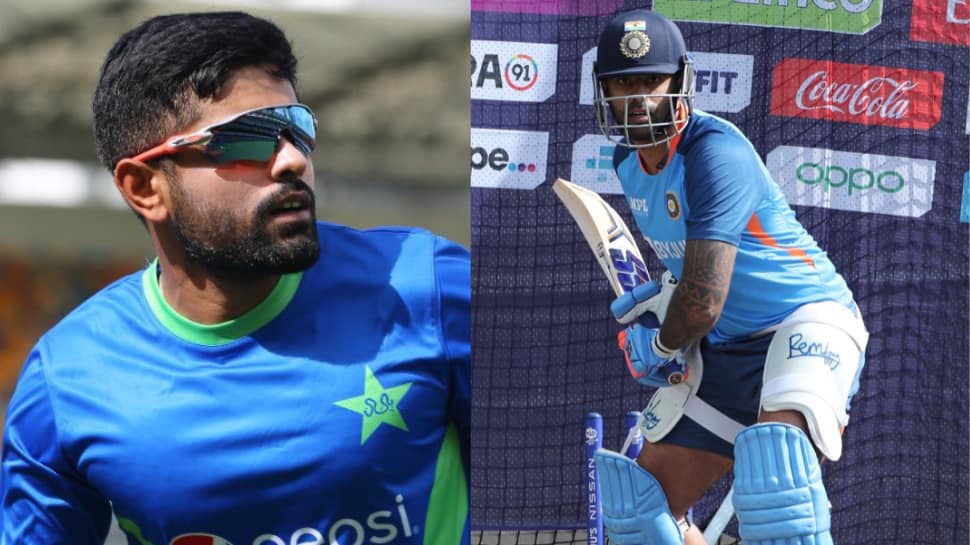 Pakistan captain Babar Azam is quite upbeat about chances of his team vs arch-rivals India in the upcoming Suoer 12 clash of the T20 World Cup 2022. The match is scheduled to be played at Melbourne Cricket Ground (MCG) on October 23 (Sunday). Speaking to the press ahead of the all-important clash, Babar said that he knows his playing 11 but will take the last call on it only when he sees the pitch tomorrow. The thing is that the pitch has been covered for the last two days and Babar feels that he has no idea what it looks like. It has been raining in Melbourne for the last couple of days due to which the groundsmen had keep it covered. However, the removed the cover on Saturday morning when some sunshine fell.

Babar also spoke on Pakistan’s plans for Indian batters, especially Suryakumar Yadav. He is the best Indian batter in the Indian lineup, on current form. Surya plays 360 and owns a range of shots, both vs pace and spin.

On the question of how he plans to tackle Suryakumar in Sunday match, Babar said, “We have a plan for every Indian player. We will try and execute those plans. We want to give 100 percent.” Babar was also quizzed on Rishabh Pant’s selection. He said that Pant playing or not is India’s headache and he is only focussing on things which are in his control.

The 28-year-old said that India match is challenging and no team can be taken lightly in the tournament, especially in this format of the game. “Every match is challenging, cannot take any team lightly. One drop catch, run out can change matches. It is very important to stay positive.”

Babar did not evade the question on his middle order batters, who are struggling collectively. On the middle order muddle, Babar said, “You will know this on the day. Any player can surprise you on that day. I have belief on my team and my middle order. I back them as captain.”