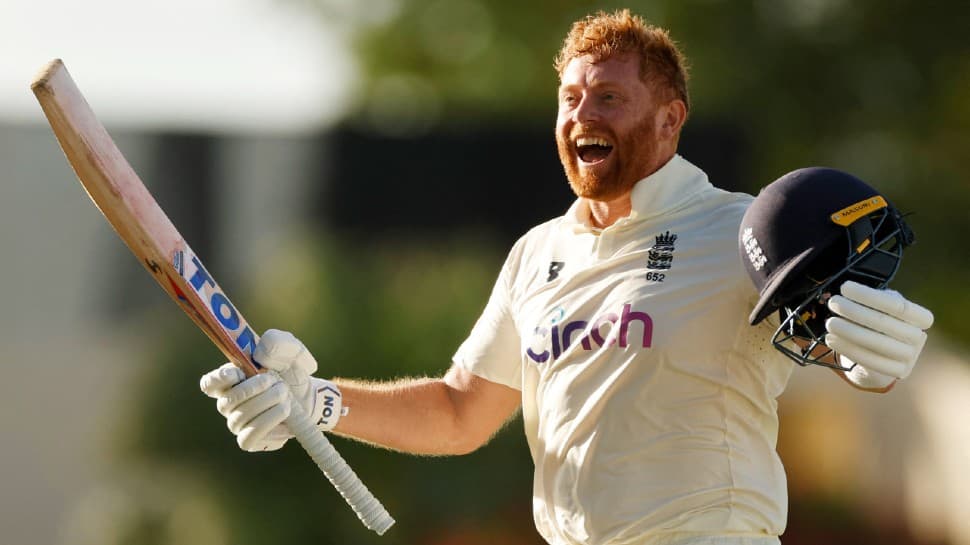 An unbeaten century by England’s Jonny Bairstow, his second in as many tests, lifted the tourists back from the brink of disaster on the first day of their three-test series against West Indies on Tuesday (March 8). After losing four early wickets in an all-too-familiar tale of woe at the top of the batting order, England for a while picked up where they ignominiously left off two months ago in their ill-fated 4-0 Ashes drubbing in Australia.

But the visitors recovered to 268/6 at stumps in North Sound on the island of Antigua, with Bairstow (109) and Chris Woakes (24) unbeaten after seeing off six overs of the second new ball. Bairstow brought up the slowest of his eight test centuries, his first against West Indies, shortly before the close in front of a healthy pro-England crowd.

A strong response after the morning session

It was a perfect Caribbean day, with a stiff cross-breeze helping the bowlers extract some swing and the spectators some relief from the tropical sun. It was also a pretty good day for Bairstow, who scored most of his runs square of the wicket as he bided his time before punishing anything loose in a knock that included 17 fours.

“I’ve been fortunate enough to be on a few tours over here and it’s an amazing place to come,” he said. “To score a century, in any test match but especially with the travelling fans who haven’t been able to come for a couple of years, we’re very fortunate to have them.”

Bairstow was ably assisted by the two Bens – a gritty Stokes (36) and a tidy Foakes (42) – their efforts leaving the match finely-balanced on a dry, slow pitch at the Viv Richards Stadium. A lively Kemar Roach, miserly Jason Holder and promising young paceman Jayden Seales all collected two wickets each.

Roach claimed the prized wicket of Joe Root for 13 when the England captain did not offer a shot to a ball that clipped off the bail. Holder, with the second ball of a new spell, crucially pinned Foakes lbw to end a 99-run partnership between the wicketkeeper and Bairstow at a time when things looked in danger of spiralling out of control for the home team.

Two months after a century against Australia in Sydney, Bairstow took no chances early, taking 118 balls to compile his first 43, before needing 72 more to reach his 100. The hosts will lament allowing England to wriggle off the hook.

“It was hard work as the day went on,” said Holder, who certainly could not be accused of offering up any easy runs, conceding just 15 off 16 overs.