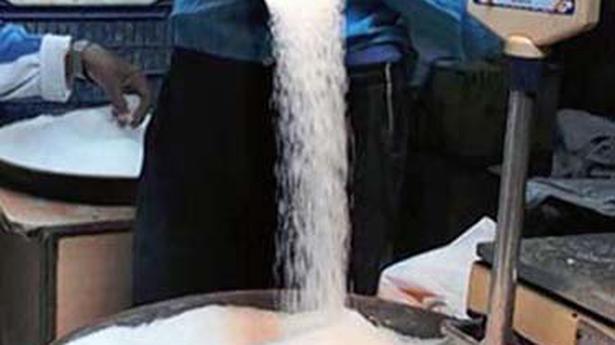 Wholesale Price Inflation moderated to a five-month low of 13.93% in July from 15.18% in June, driven by a lower pace of price rise for primary products, food items and manufactured products, even though fuel and power inflation resurged from 40.38% in June to 43.75% in July.

This is the 16th month in a row that wholesale inflation has been above 10% in India and marks the first dip below 14%-plus levels since February this year. The Commerce and Industry Ministry also revised May’s inflation rate upwards to a fresh high of 16.63% from the earlier estimated record inflation rate of 15.88%.

Despite the paring of the headline inflation rate, the Wholesale Price Index (WPI) dropped only 0.13% on a month-on-month basis between June and July, as fuel and power inflation jumped 6.56% sequentially, offsetting the moderation in other categories.

“Inflation in July, 2022 is primarily contributed by rise in prices of mineral oils, food articles, crude petroleum & natural gas, basic metals, electricity, chemicals & chemical products, food products etc. as compared to the corresponding month of the previous year,” noted the Department for Promotion of Industry and Internal Trade in the Commerce and Industry Ministry.

The pace of wholesale price rise in food items dropped from 12.41% in June to 9.41% in July, led by a sharp drop in vegetables inflation to 18.25%, the lowest rate in at least six months and less than a third of the 56.75% inflation recorded in June.

Manufactured products saw a broad-based decline in price rise to 8.16% from 9.19% in July. Pharma and leather products bucked the trend to hit the highest inflation rate in at least six months at 4.17% and 4.77%, respectively. Semi-finished steel products were the only other manufactured item to see a quickening in inflation, albeit marginally to 11.11% from 10.73% in June.

“The easing of wholesale inflation is primarily led by lower food, metals and chemical prices,” said CARE Ratings chief economist Rajani Sinha. “If not for a sharp sequential rise in mineral oil prices and hike in electricity tariff, the fall would have been sharper,” she added.

Though recession fears and normalisation of supply chains could keep commodity prices trending lower, leading to lower inflation in coming months, Ms. Sinha cautioned that a weaker rupee could mitigate some of the gains while lower paddy sowing and tight wheat supplies could keep primary inflation propped up.

“We see a likelihood of the first single-digit WPI inflation print by October 2022, after a gap of 18 months, if the downtrend in commodity prices sustains,” rating firm ICRA said in a note.