Women’s U-17 FIFA World Cup: ‘We need to…’, coach Thomas Dennerby pumped ahead of India vs Morocco clash 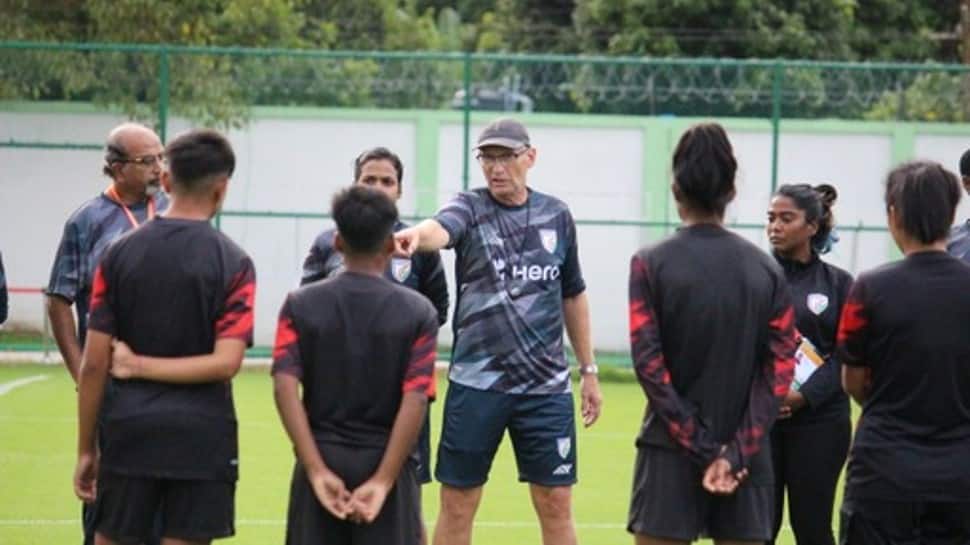 India coach Thomas Dennerby has asked his players to move forward rather than being disappointed by the defeat they faced against the United States in the U-17 Women’s FIFA World Cup opener. India will be hoping to gain their first points in the Under-17 Women’s World Cup in the Group A match at the Kalinga Stadium on Friday against Morocco.

“We have a good chance against Morocco tomorrow. If we can show the right attitude, we can score and get some points,” said Dennerby on Thursday. “We need to fight it out — we have no other option left,” he said.

“We have a team that can definitely handle the speed but football is not all about running or the number of sprints the girls take. It is also about taking the right decisions at the right moment. That was the biggest problem we faced against the USA in our early game — the girls need to put their hundred percent on the pitch,” Dennerby further added.

Morocco lost 1-0 against Brazil in the opening match of Group A and neither India nor Morocco are yet to log a point, India stand at the bottom of the table because of a poorer goal difference. A win for India would help the home team stay in contention for qualifying for the next round.

A historic moment for Indian Sports as India hosts the FIFA #U17WWC for the very first time.

My heart is filled with pride as our U17 women footballers line up for their first-ever FIFA World Cup match.I urge the entire nation to come together and support our girls

“Morocco are a strong team, who defends well. They are technically good with their passing game, the accuracy is also impressive,” the coach was quoted as saying by the All-Inda Football Federation in a release on Thursday.

“We have watched them play against Brazil and scoring against them will be a challenge. But for us, it is either a win or out of the tournament. The girls need to play free football and they should avail every chance that comes their way. If they are afraid to hold on to the ball, then they may lose the game immediately,” said the Swedish coach.

The coach feels that the match against Morocco is a perfect opportunity for India to make a strong showing.

“The fans felt we weren’t good in our last game. But this time, we have got a chance to handle the game in a better manner and show them that India certainly can play a better brand of football.” (With IANS inputs)